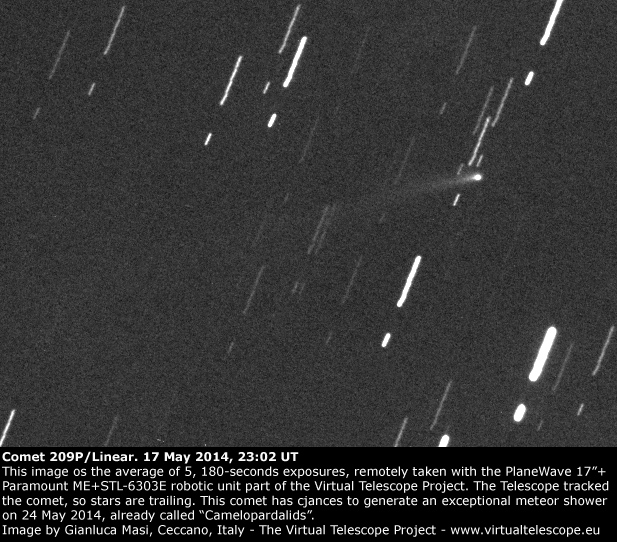 Next 24 May, between 6 and 8 UT, there are chances to see an exceptional meteor shower, originated by the small comet 209/P Linear, now widely known “Camelopardalids“.

At Virtual Telescope we wanted to image this comet, despite it was just 30 deg above the North-Western horizon, with a 87%, bright Moon already well visible on the South-East. The Planewave 17″ robotic unit took five, 180-seconds, unfiltered exposures, while its robotic mount was tracking the apparent motion of comet 209P.

Above is the average of the five frames, clearly showing a tiny, curved tail departing from the small, sharp head of the comet.