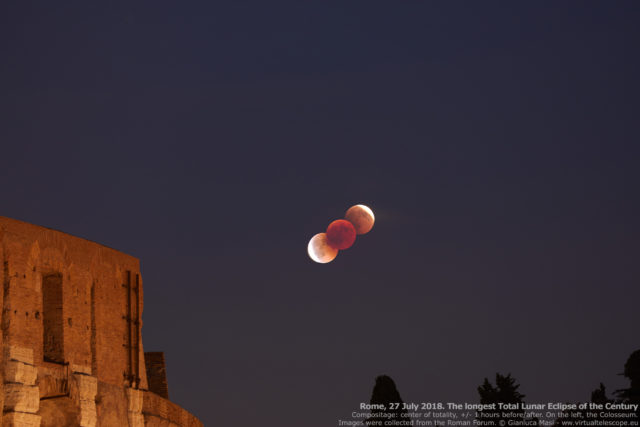 This composite puts together the center of the totality with the the initial and final partiality. 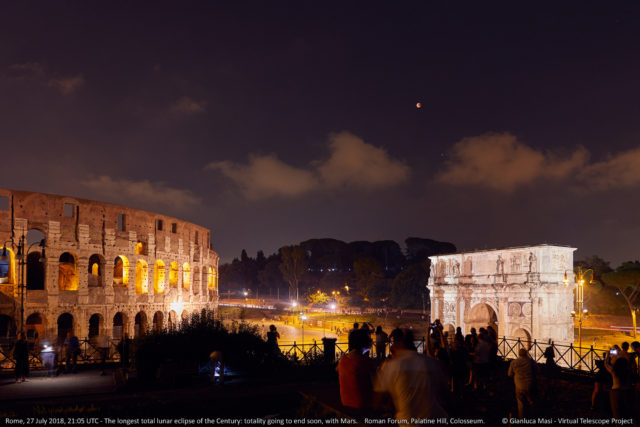 Clouds crossing the sky while totality is going to end soon. 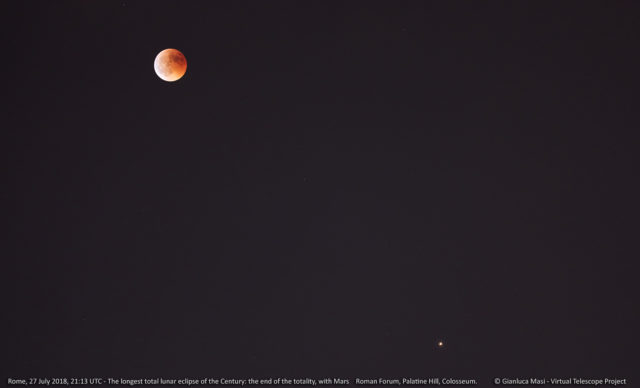 The totality is now close to end. 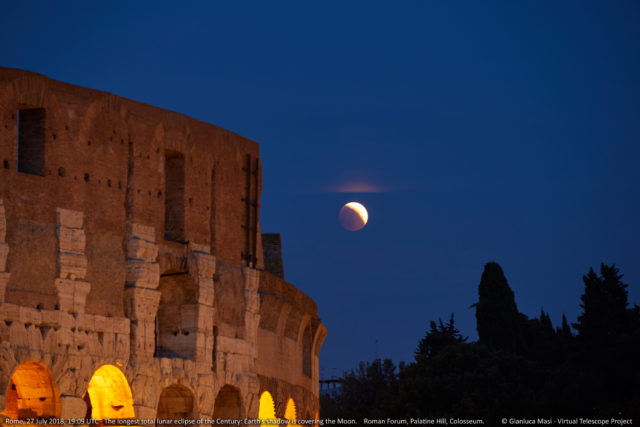 The partially eclipsed Moon opened the show, appearing beside the Colosseum. 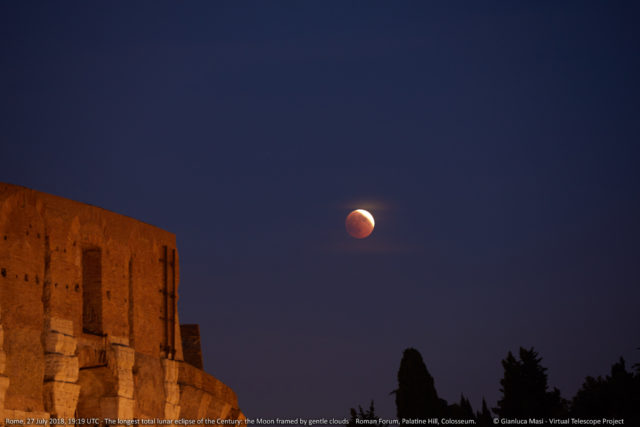 The Earth’s shadow is gradually taking the entire lunar disk 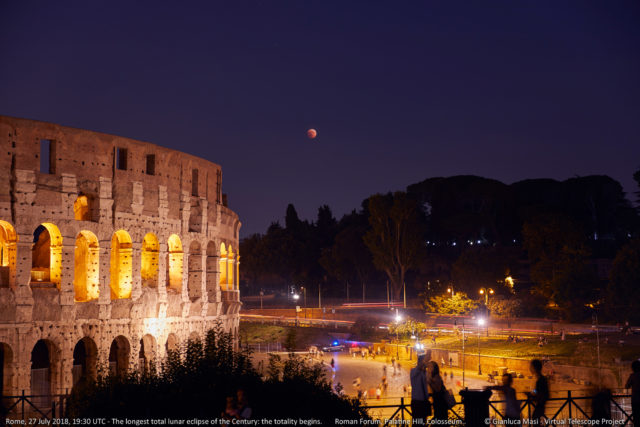 The longest totality of the Century finally begins 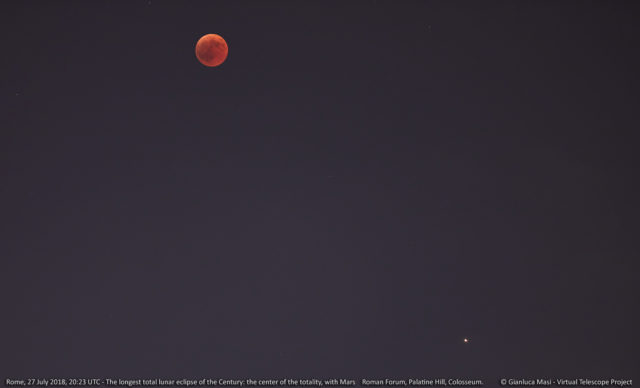 The Moon at the greatest eclipse and Mars 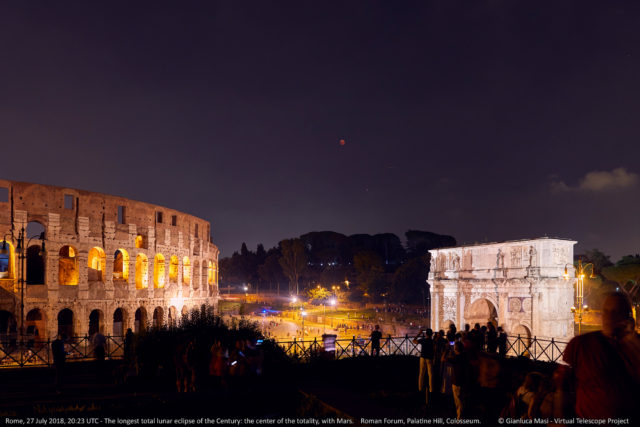 At the center of totality, the eclipsed Moon and planet Mars offered a simply unforgettable experience