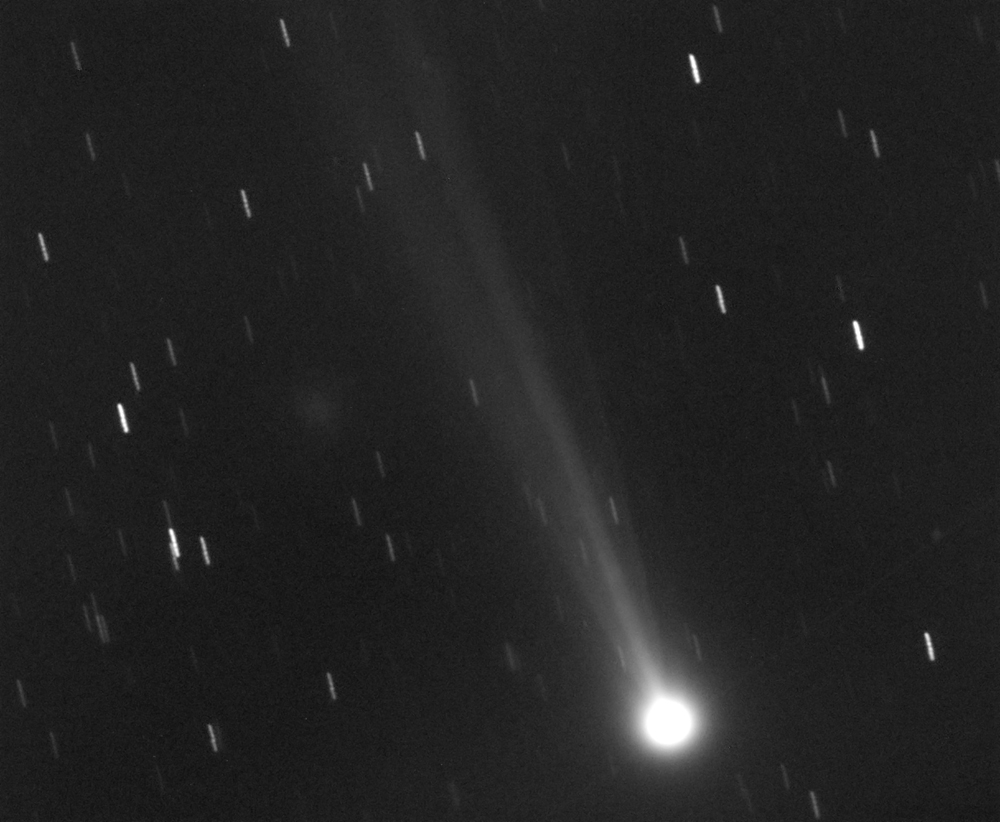 Late in Nov 13 comet C/2012 S1 Ison was reported in outburst. So, after many weeks of apparent sleep, the comet seems to be waking up.

As soon as the comet raised above the horizon, the Planewave 17″ robotic unit was asked to pint the comet. The object was only at 18 deg of elevation, but it immediately showed a very nice ion tail. The increase in brightness and activity was amazing, once compared to our previous visit, last 10 Nov.

Above is the average of 4, 180-seconds exposures, with the scope tracking the fast apparent motion of the comet. A satellite trail is seen crossing the nucleus, while a faint galaxy (PGC 42868) is on the left of the comet.