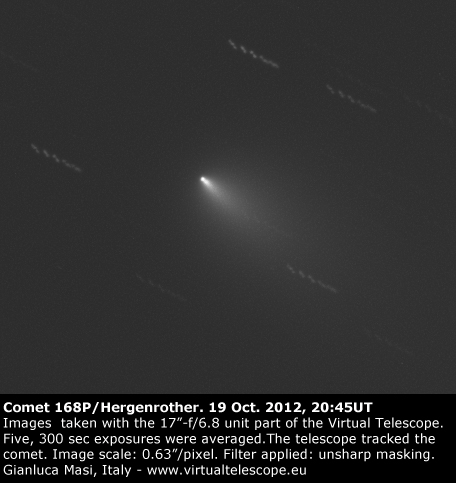 On 19 Oct. 2012, while observing comet 168P/Hergenrother, I noticed that its inner coma had a very interesting aspect, showing the false nucleus and an apparent secondary dust concentration. The latter feature was visible on all the images the telescope was taking, no matter the exposure length. I did sent the pictures by email to Carl Hergenrother in Tucson, AZ (he was the discoverer of the comet, by the way!), who has a special interest in comets. That night he observed the comet and found a similar aspect. I invite you to read the very interesting post that Carl wrote on this subject.

The image above comes from seven frames, taken with the Planewave 17 unit part of the Virtual Telescope Project. Below is a set of images I took one hour later, this time showing the comet without any processing other than adjusting brightness and contrast. The telescope was asked to track the comet motion, so stars are trailing. 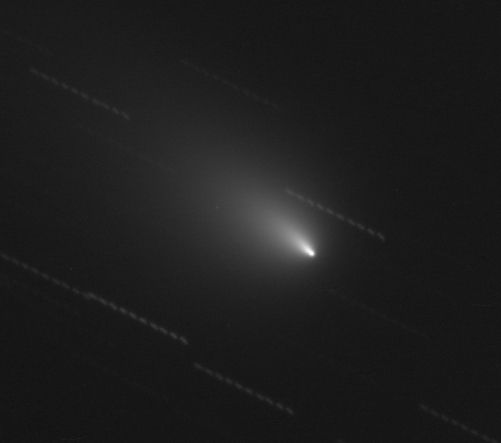