GRB 130831A: detection of the optical afterglow and follow-up 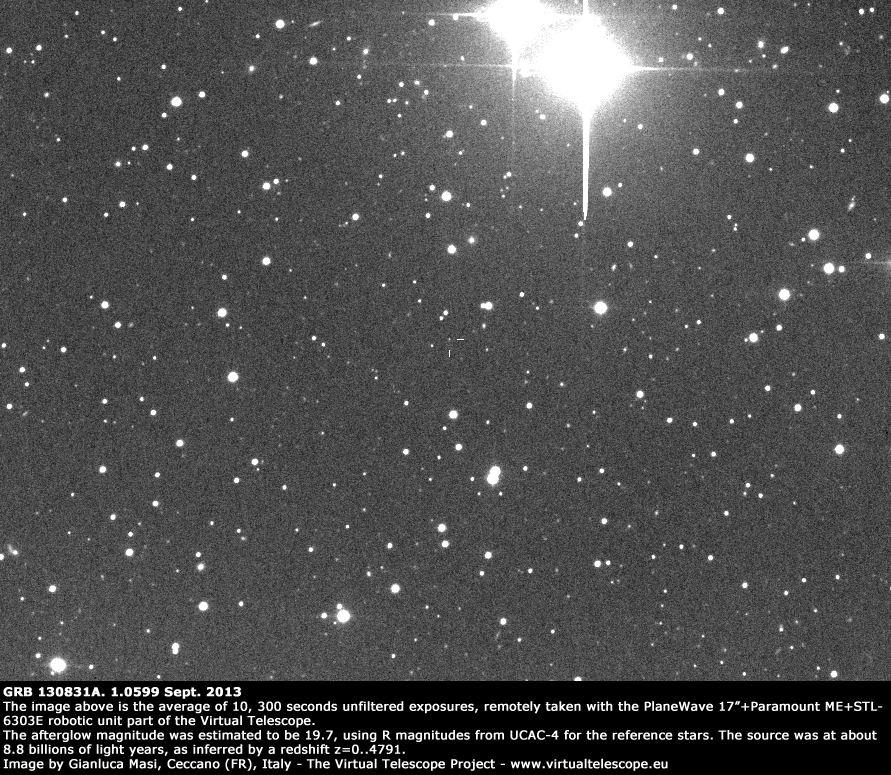 The night between 31 Aug and 1 Sept. was particularly fruitful for the Virtual Telescope Project. While spectroscopy and photometry of several targets were ongoing, we tried to observe the optical counterpart of GRB 130831A.

For this, several 300 seconds unfiltered exposures were taken with the PlaneWave 17″ robotic unit, easily recording the afterglow. Photometry and astrometry were promptly performed and shared with the GRB community via the  Nasa’s Gamma-ray Coordinates Network (GCN).

The next night we tried again to spot the afterglow, of course knowing it could be not easy, because of its decaying brightness. We were lucky enough to see it again, quite faint, as in the image below, with photometry reported on GCN 15166. 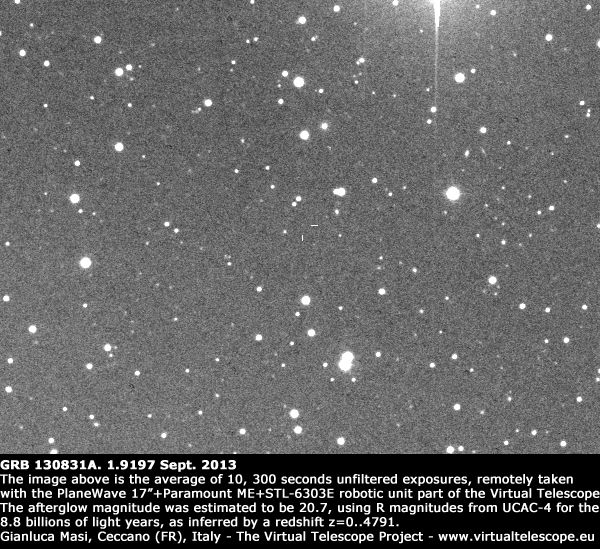 The object is placed at about 8.8 billions of light years from us, as inferred by its redshift.

Back to “Gamma Ray Burst” Page