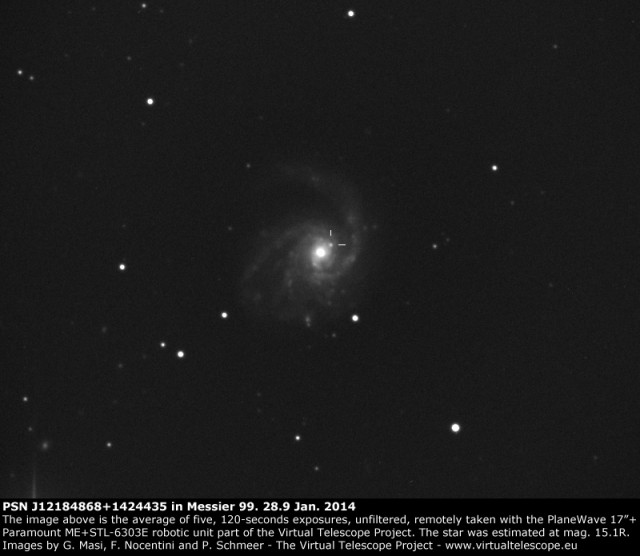 On 26.8 Jan. 2014, a supernova candidate was spotted in Messier 99, a nice spiral galaxy in Coma Berenices. The host galaxy is at at 60 millions of light years.

At Virtual Telescope the PlaneWave 17″ robotic unit was asked to check for this PSN the first night after the news was made available. Several 120-seconds images were taken, unfiltered, and showed the suspect at mag. 15.1.

An average of five of those images is shown above.