While the Moon is now heavily affecting its observation, comet C/2017 E4 Lovejoy is still imaged on daily basis, while it approaches its perihelion (24 Apr. 2017). 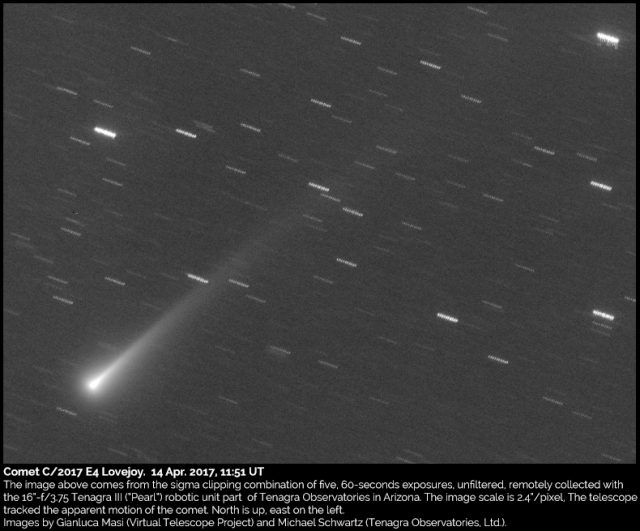 The image above comes from the sigma clipping combination of eleven, 60-seconds exposures, unfiltered, remotely taken with the 16″-f/3.75 Tenagra III (“Pearl”) robotic unit part of Tenagra Observatories in Arizona. The telescope tracked the apparent motion of the comet. The imaging camera is based on the KAF-16801 CCD, used in 2×2 binning. The resulting image scale is 2.4″/pixel. The full Moon was heavily affecting the observations, so the length of the tail is reduced. While the Moon is a serious issue right now, it looks like the tail is dominated by dust. The general impression is that the comet is fading.

The image below was taken with the same setup as above, but using a 1×1 binning, providing an image scale of 1.2″/pixel, much better to inspect the region around the nucleus. The image was carefully processed to show the shape of the inner coma of C/2017 E4 Lovejoy. 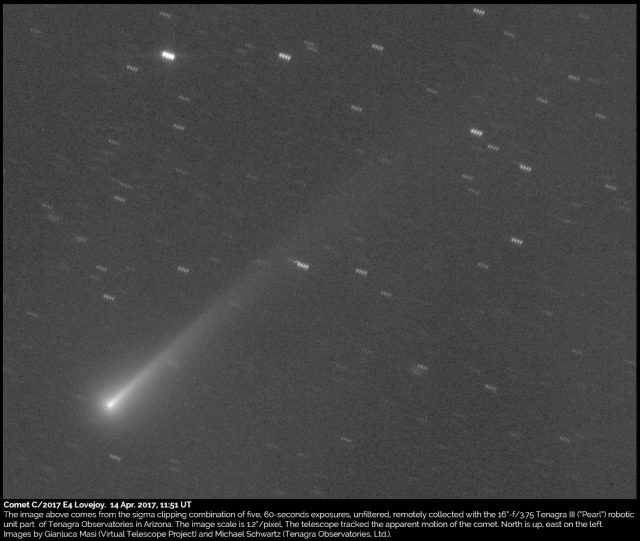