Comet C/2017 O1 ASASSN was discovered last July and reached its perihelion last week, so it just started leaving the inner Solar System. Here it is an image captured via the Virtual Telescope Project. 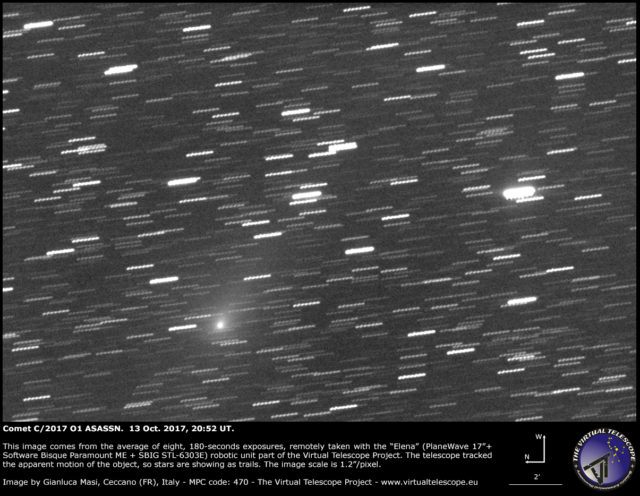 The image above comes from the average of eight, 180-seconds exposures, remotely taken with “Elena” (PlaneWave 17″+Paramount ME+SBIG STL-6303E) robotic unit available at Virtual Telescope. The image scale is 1.2″/pixel. The object was about 30 deg. above the NE horizon.

Comet C/2017 O1 ASASSN was discovered on 19 July 2017 during the ASAS-SN supernova survey, the first comet discovered by this project. The Virtual Telescope is part of the ASAS-SN team and, as with supernovae, we worked to confirm this comet. At that time, the object was quite low on the horizon at dawn from Italy, but we could detect its diffuse coma, confirming it was a comet, as you can see below. 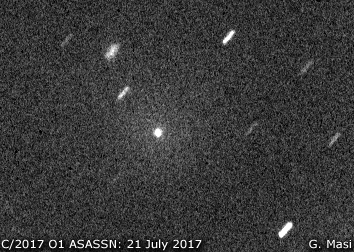 Our confirming observations were published by the Minor Planet Center on their electronic circular MPEC-2017-O45, announcing the discovery of comet C/2017 O1.

We had another look a few days later, when the coma was significantly brighter, suggesting the comet was quickly evolving. 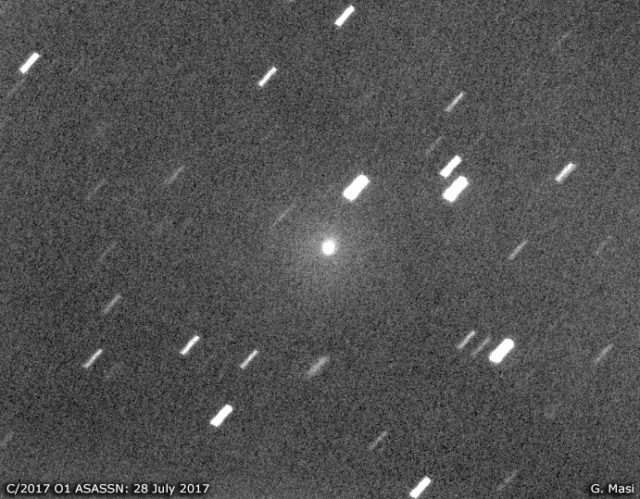 We plan to cover this comet in the next weeks.