Happy Asteroid Day 2019 with asteroids Brianmay and Grigorijrichters, co-founders of the event

We want to wish “Happy Asteroid Day 2019” to everyone on Earth and have thought that the best way to do this is sharing images we did of asteroids (52665) Brianmay and  (8664) Grigorijrichters, named after two of the co-founder of this global celebration! 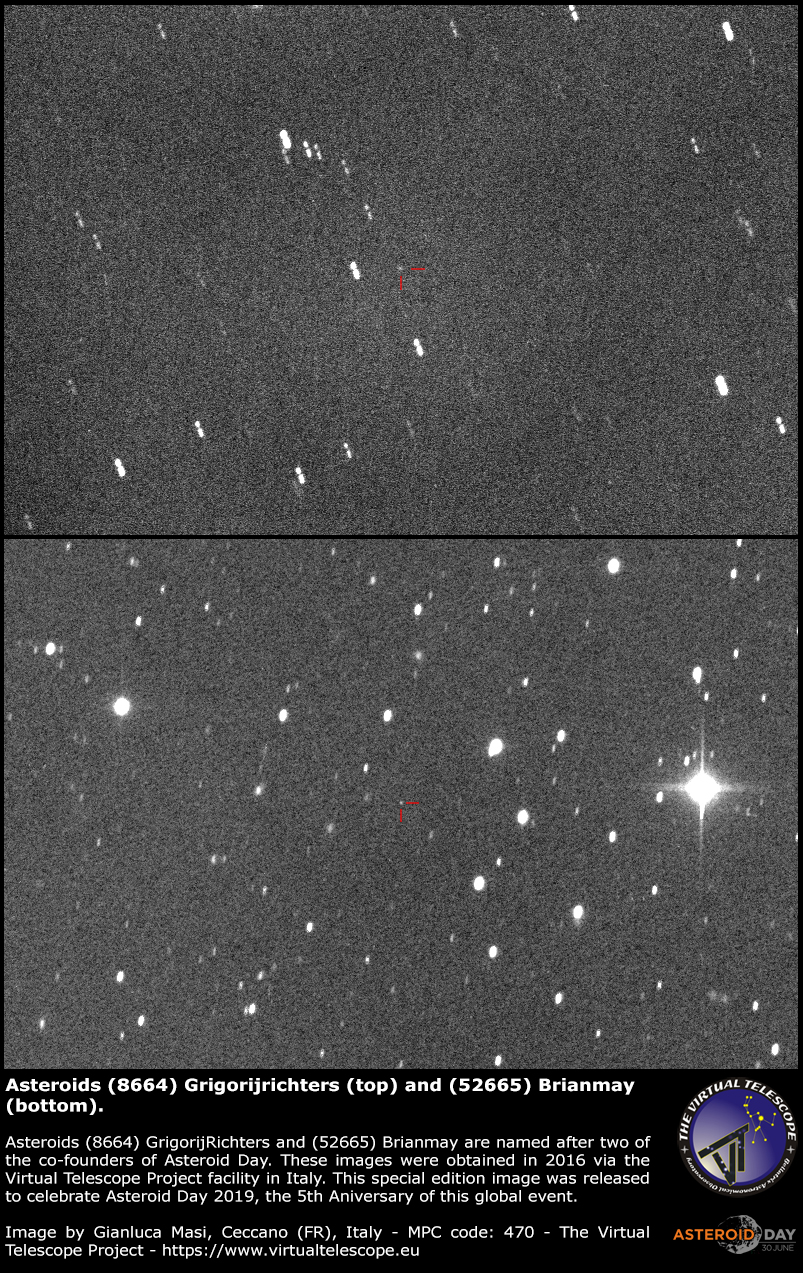 Brian May, astrophysicist and lead guitarist of QUEEN, and Grig Richters, filmmaker, co-founded Asteroid Day in 2014, together with Danica Remy, President of B612 Foundation, Rusty Schweickart, Apollo 9 Astronaut. In 2016, the United Nations officially designated Asteroid Day as the international day of awareness and education about asteroids. A few months earlier than this important accomplishment, Gianluca Masi, astrophysicist and Director of the Virtual Telescope, imaged both asteroids Brianmay and Grigorijrichters, to celebrate his friends for such a unique idea.

Images were captured on 3 July 2016 (asteroid “Grigorijrichters”) and on 2 Sept. 2016 (asteroid “Brianmay”). Asteroids are marked with two red lines.This special edition panel was released on 29 June 2019, to celebrate the 5th Anniversary of Asteroid Day, now offering thousands of events each year all around the planet.