We present our latest image of comet 67P/Churyumov-Gerasimenko, captured a couple of nights ago. 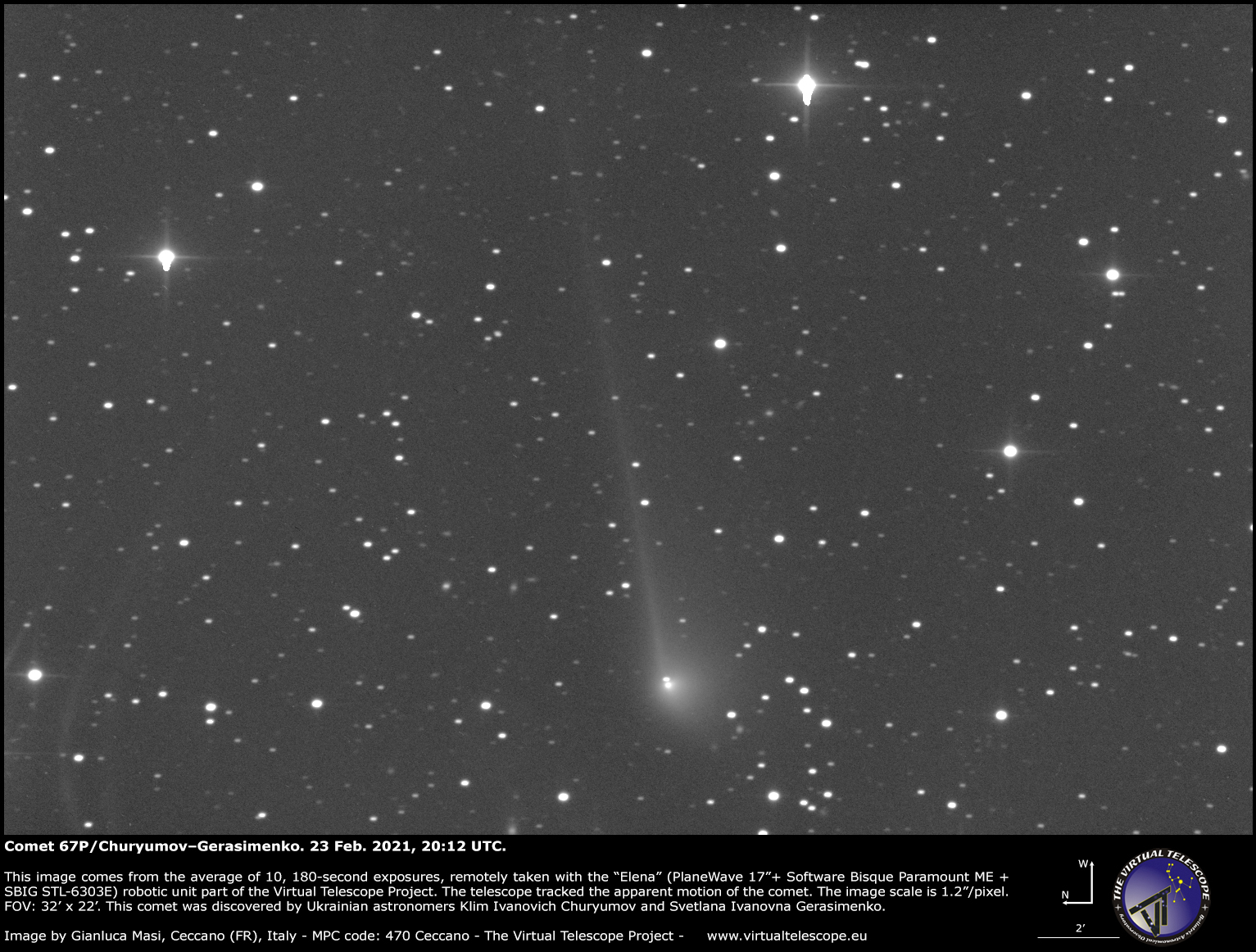 The image above comes from the average of 10, 180-second exposure, unfiltered, remotely collected with the “Elena” (PlaneWave 17″+Paramount ME+SBIG STL-6303E) robotic unit available at the Virtual Telescope Project. The telescope tracked the apparent motion of the comet.

Comet 67P/Churyumov-Gerasimenko shows here a nice tail and coma. This object was the target of the now legendary Rosetta space mission and we observed it several times in the past.

This intriguing comet was discovered in 1969 by Ukrainian (at the time under the USSR) astronomers Klim Ivanovich Churyumov and Svetlana Ivanovna Gerasimenko.