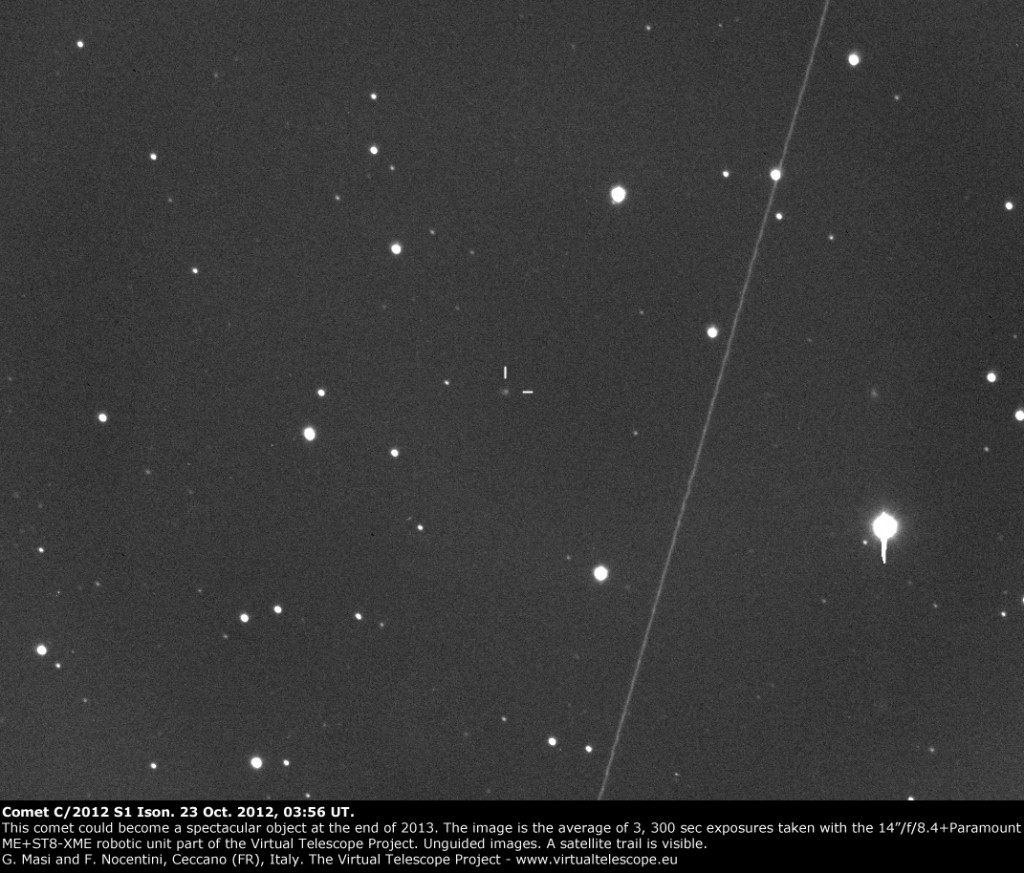 Discovered on 21 Sept. 2012, comet C/2012 S1 showed a great potential since the very beginning. Late on  Now. 2013 it will reach a minimum distance from the Sun of 1.2 millions of km. If it will survive to such close encounter, it can give a very spectacular show, potentially becoming as bright as the full moon! But with comets it is mandatory to avoid too easy, enthusiastic considerations, they are unpredictable by nature. Time will say, as always.

This image shows comet Ison and was taken with the 14″ robotic unit part of the Virtual Telescope. The comet is visible as a clear fuzzy object. It will be nice to track it as it will come closer and closer. The show has just begun!