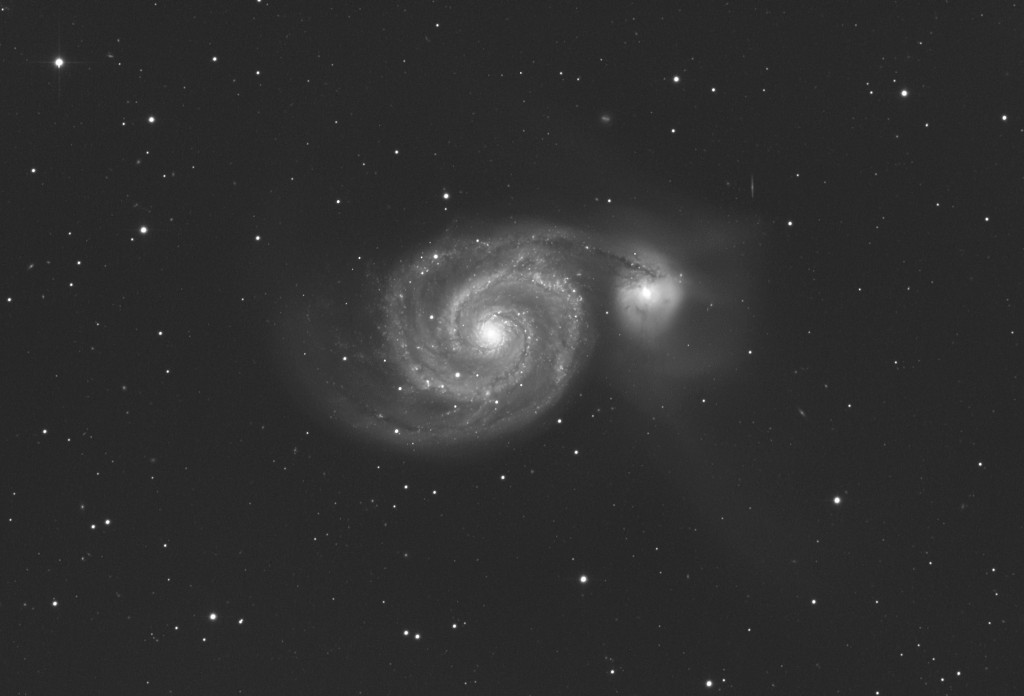 M51, a stunning face-on spiral galaxy, was discovered in 1774 by C. Messier , while its companion, NGC 5195, was discovered by P. Méchain in 1785. Its distance in estimated in about 30 millions of light years. In 1845, this galaxy became the first one to be recognized as a spiral galaxy, after the observations of Lord Rosse.

Here, it was imaged with the Planewave 17 unit, part of the Virtual Telescope Project. SN 2011dh is also visible. A total of 39 exposures, with 5 minutes of integration each, were averaged. Images were unguided, completely trusting the Paramount ME mount. The CCD camera is a SBIG STL-6303E. The image scale is of 0.68 “/pixel.