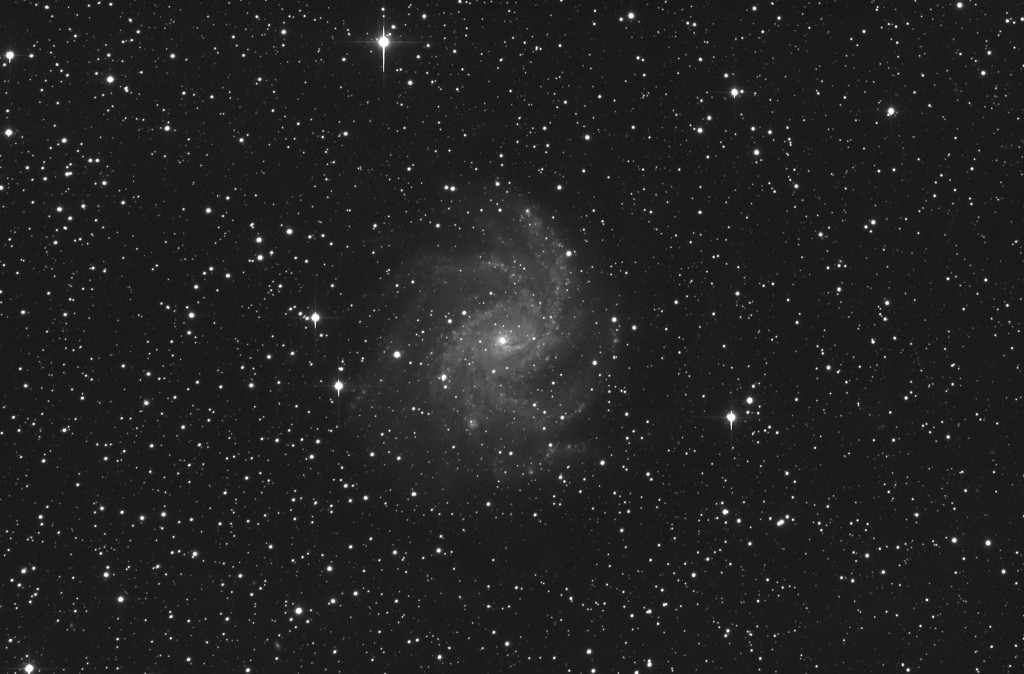 Among the most studied galaxies is NGC 6946, also know as “Fireworks galaxy”. Its intriguing nickname comes from the large number of supernovae found across its arms. Its distance is estimated in 10 millions of light years. It lies in one of the richest star field one could desire. It was discovered by W. Herschel in 1798.

This image was captured with the Planewave 17″ unit, part of the Virtual Telescope Project. A total of 22 exposures, with 5 minutes of integration each, were averaged. Images were unguided, completely trusting the Paramount ME mount, by Software Bisque. The CCD camera is a SBIG STL-6303E. The image scale is of 0.79 “/pixel.