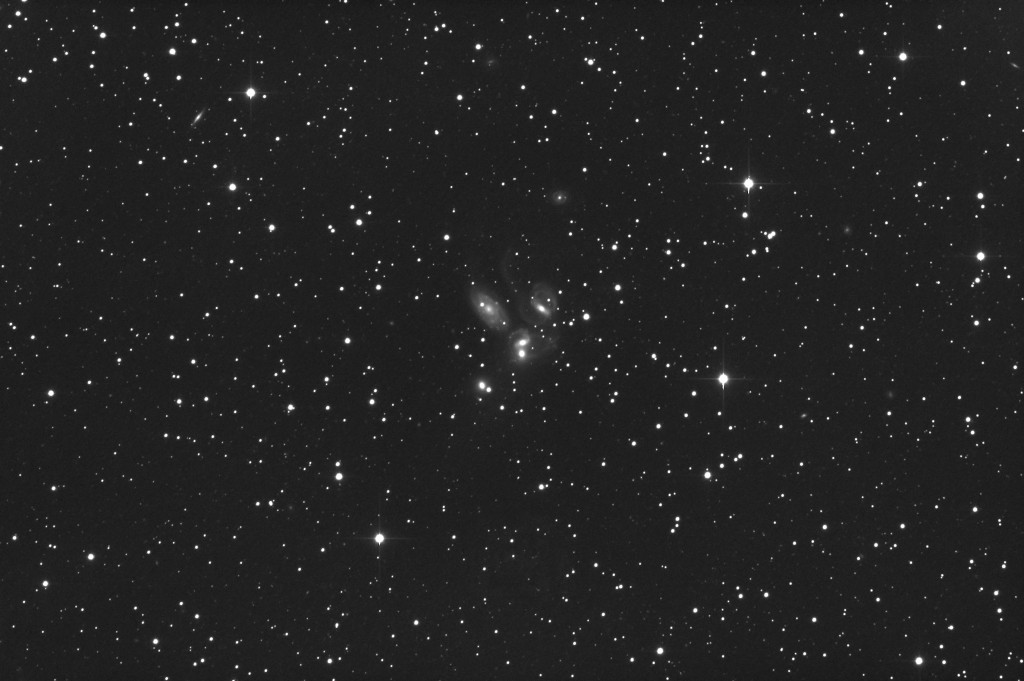 The famous Stephan’s Quintet was the first compact group of galaxies ever discovered and was spotted by Édouard Jean-Marie Stephan in 1877. It is probably the most studied group of its kind and has been reasons of debate, because one of the galaxies apparently involved in the group (NGC 7230, in the upper left of the group) has a lower redshift, so it is closer and just a visual member of the group. The distance of the remaining galaxies is estimated between 240 and 310 millions of light years.

This image was captured with the Planewave 17 unit, part of the Virtual Telescope Project. A total of 15 unguided exposures, with 5 minutes of integration each, were averaged, completely trusting the Paramount ME mount, by Software Bisque. The CCD camera is a SBIG STL-6303E. The image scale is of 0.7″/pixel.