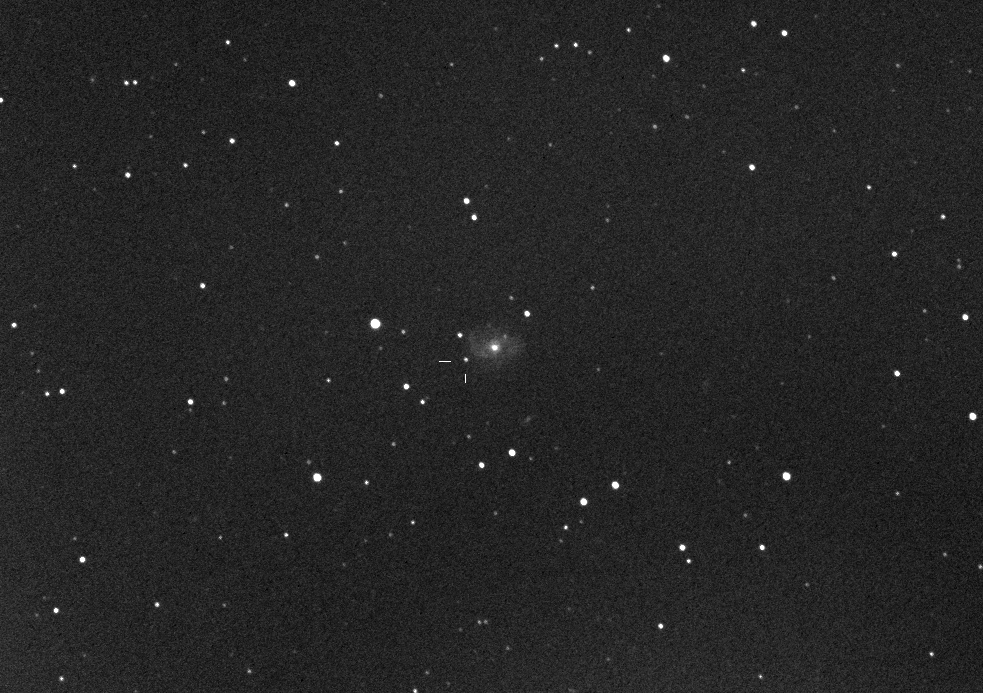 As part of its scientific activities, the Virtual Telescope provides follow-up of supernova candidates.

The image above comes from the average of 5, 120-seconds exposures and the transient is marked by two white lines. The galaxy was low above the horizon at the imaging time. The star was at mag. 16.3R (unfiltered).

later that night, the Celestron C14 unit managed to capture a spectrum. Ten, 300-seconds exposures were averaged providing the plot below. RSpec was used to plot the spectrum. The object was embedded with the 1st order spectrum of a close star, this is why its o-order is not narrow. The spectrum of the transient shows a clear absorption at the Si II wavelength, this suggesting it is a type Ia supernova 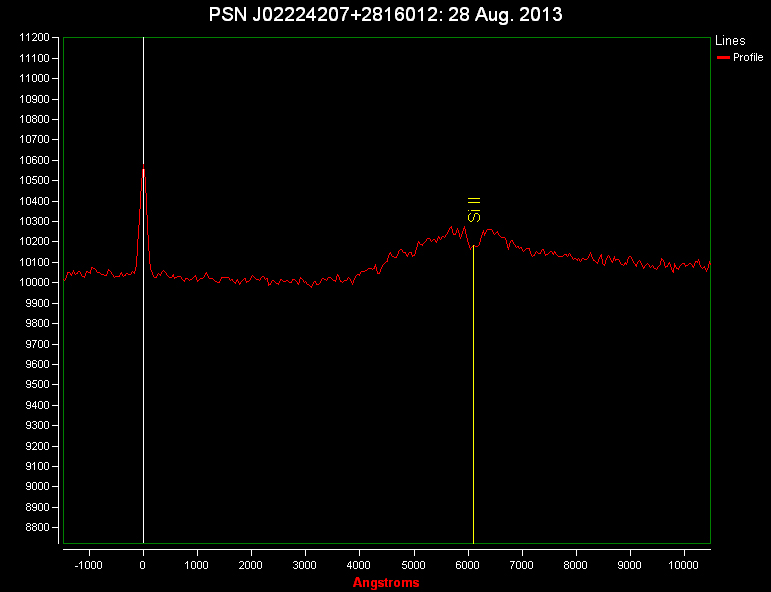 The discovery of the Si II absorption and the consequent classification of the transient as a type Ia supernova was officially announced as SN 2013fb on CBET 3643.