Some fun with comet Ison 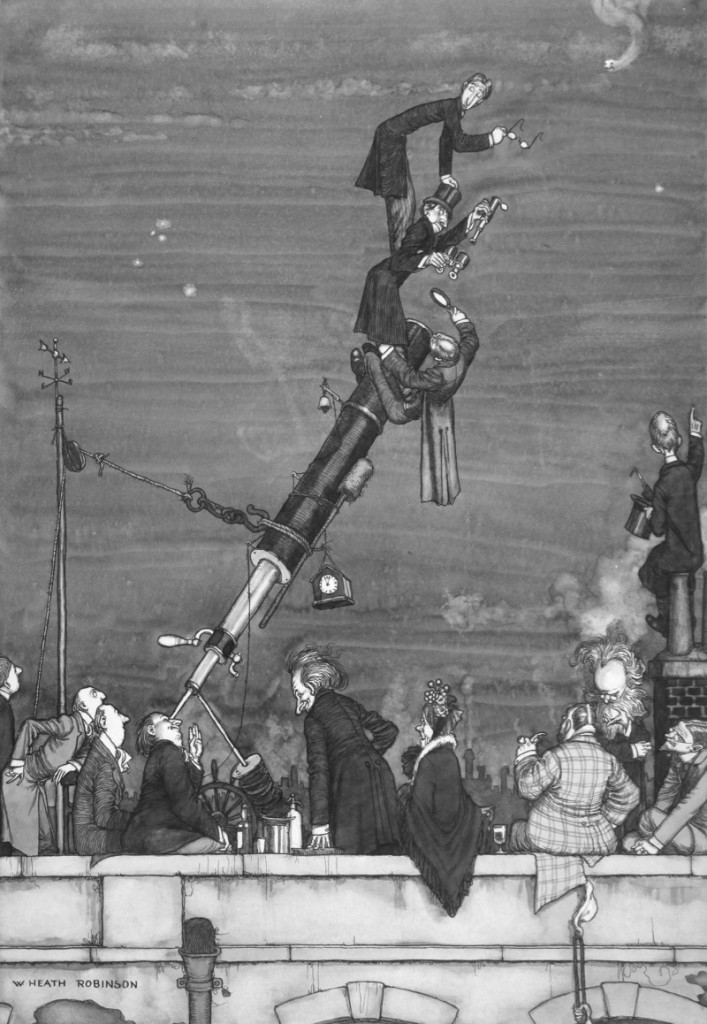 The world has been waiting for almost one year now for comet C/2012 S1 Ison. Soon after the discovery time, the most optimistic scenarios told the comet could become very bright around its passage at the perihelion, because of its close approach to the Sun. Since then, comet Ison has been closely monitored by professional and amateur astronomers around the world.

We are now entering the “hot” season of comet Ison. The comet seems to behave below the desired performances, so likely we will not have the hoped great show, but a few hours ago an outburst was reported which – if confirmed – could be a sign of increasing activity. Who knows: comet are by far the most unpredictable cosmic stuff out there!

At Virtual Telescope we have been doing our part to follow this “star” and with the world we are weaving at comet Ison, encouraging it to start its great show soon!

Meanwhile, there is time for some fun. Above is a nice illustration by William Heath Robinson, an English cartoonist who made this one for The Sketch, 17 Nov. 1909, almost 114 years ago. It expresses in an ironical way the big efforts astronomers are doing to unveil this fickle comet, as they did for comet Happy in the XX Century.

If you want a map showing where comet Ison is, just click here.

If you want to see it with our telescopes from your very home, please visit here.