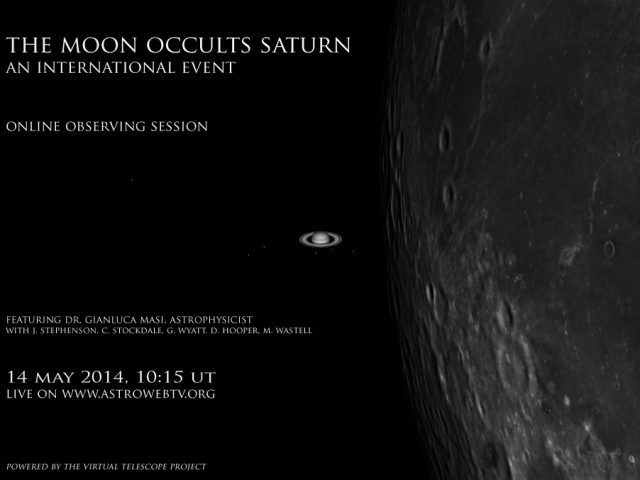 Next 14 May 2014, the Moon will occult Saturn, the ringed planet, for one of the most beautiful shows in the sky. The occultation will be visible from part of Australia and New Zealand, so at  The Virtual Telescope Project we teamed up with a few Australian and New Zealand observers, most of them coming from the recent solar eclipse collaboration.

The team making the live event is composed by

Join us on May 14, starting at 10:15 Universal Time! You just need to access our online webTV, click here!