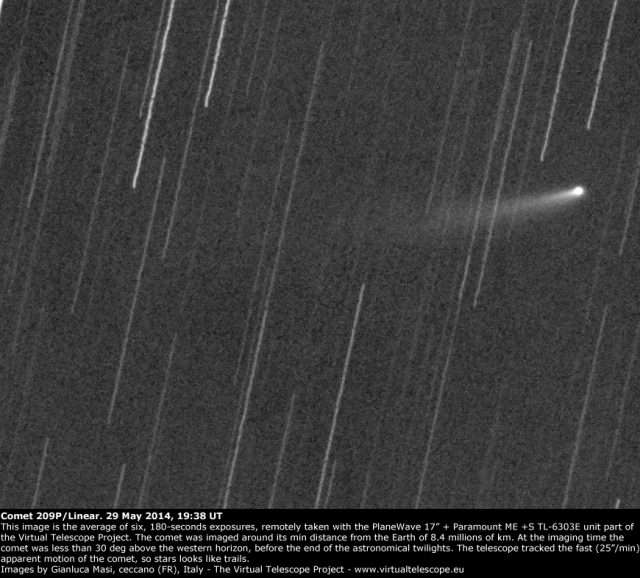 After the partial show of the Camelopardalids meteor shower, their parent comet, 209P/Linear, reached its minimum distance from the Earth, transiting at about 8.3 millions of km from us. This distance made comet 209P the 9th object of its type coming so close in records.

The night of the minimum distance, 29 May, the Virtual Telescope slewed it Planewave 17 robotic unit to the comet, under less than ideal conditions: the Sun was just set and the astronomical twilight was not ended, while the comet was less than 30 deg above the SW horizon.

The resulting image is above: it is the average of six, 180-seconds exposures, with the Paramount ME robotic mount tracking the apparent motion (25″/minute) of the comet, resulting in trailing stars, but sharp nucleus of 209P/Linear.