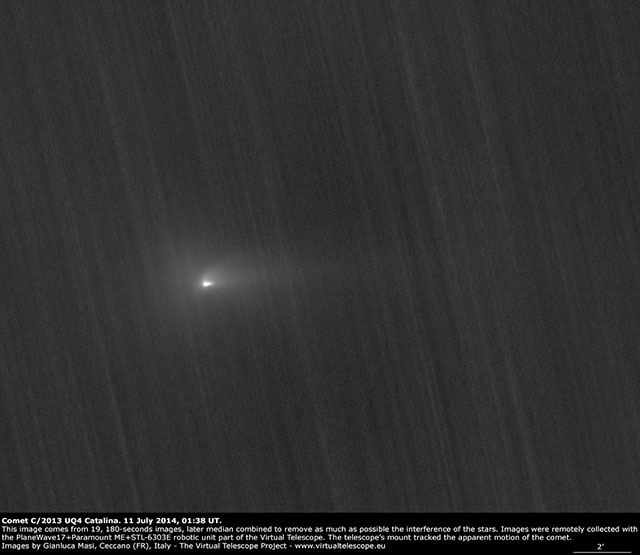 For the third night in a row, at Virtual Telescope we visited comet C/2013 UQ4 Catalina again. After the first night, we covered its close approach, and now  while it is leaving us. This time, the Moon was above the horizon giving some interference.

The image above comes from 19, 180-seconds exposures, median combined to remove the presence of the stars and leave the comet well visible in its complete morphology. They were remotely taken with the 17″ robotic unit part of the Virtual Telescope. As we did with the previous observations, the telescope’s mount tracked the apparent motion of the comet. The central condensation is much elongated once compared to the previous nights.

Because of the rapidly changing geometry, the aspect of the comet varies significantly over the three images, offering a nice documentation of this evolution.