Comet C/2013 A1 Siding Spring and planet Mars made history: a unique image and podcast 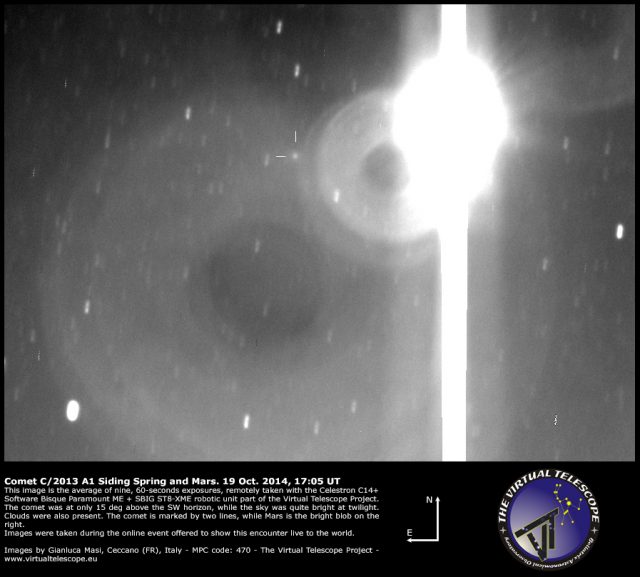 We have been waiting for so long and finally we made it. At Virtual Telescope we just said “good bye” to the thousands of friends following our live webcast showing this historic encounter. We saw comet C/2013 A1 Siding Spring very close to Mars. We were there… and you were, too, with us.

And we did under the most severe observing conditions ever seen at Virtual Telescope. The comet was at only 15 degrees (!) above the S-W horizon, exactly where the sky was still quite bright because of the sunset; furthermore, lots of clouds were there, making life harder. Everything was apparently against this epic event.

But we won: we spotted the fuzzy comet approaching the amazingly bright Red Planet. Look at the image above:its large imperfections, because of the extremely unfavorable conditions, are surpassed  by its exceptional nature.

Images were remotely collected with the Celestron C14 + Software Bisque Paramount ME + SBIG ST8-XME robotic unit part of the Virtual Telescope. Images were then centered on the comet, so stars are leaving a train, because of the cometary motion.

The live event was enjoyed by a lot of people. Thousands of people were there from every corner of the planet, as you can see below: 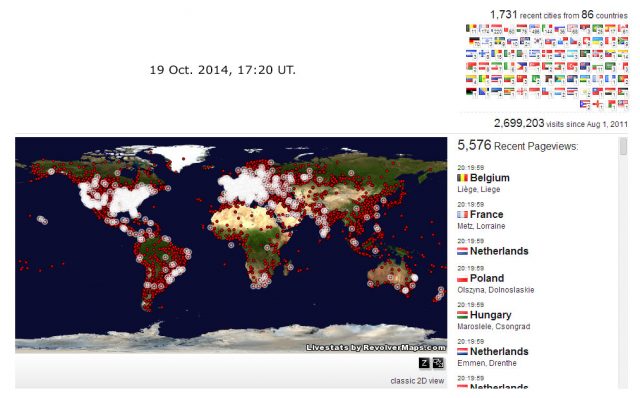 The comet was immediately visible as a fuzzy spot of light, with the bright planet flooding the field of view with its light. This event was featured by the most important news websites out there: Yahoo News, Sky&Telescope, National Geographic, Planetary Society, Universe Today, space.com, Bad Astronomy, Ansa and many more. A very huge virtual arena tracked this one-lifetime event with us. 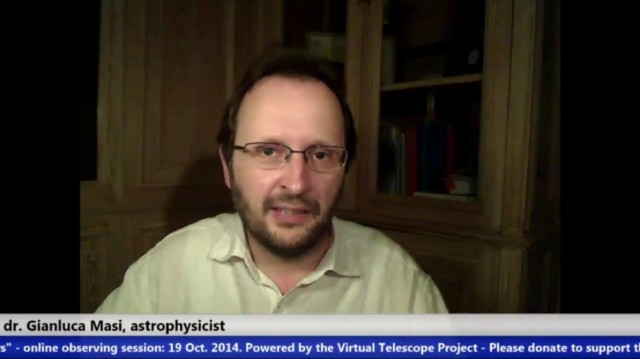 Below is the full recording from our podcast archive: