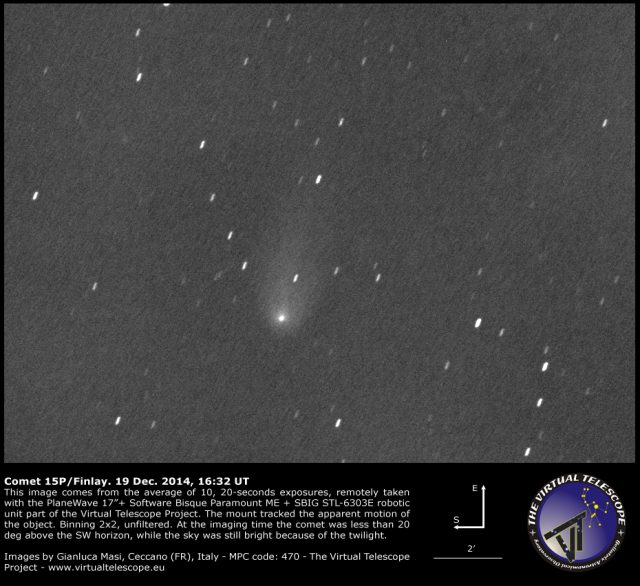 A couple of days ago, astronomers observing from Argentina reported that comet 15P/Finlay was significantly brighter than previously reporting, suggesting an ongoing outburst. This was later confirmed by observers in Australia and from southern hemisphere. While unfavorably placed for northern observers, at Virtual Telescope we wanted to try the same.

The image above comes from the average of 10, 20-seconds unfiltered exposures, remotely collected with the  PlaneWave 17″+Paramount ME+SBIG STL-6303E robotic unit part of the Virtual Telescope Project. The telescope tracked at the apparent rate of the comet.

When it was imaged, comet 15P/Finlay was less than 20 deg (!) above the south-western horizon, lost in the bright light of the sunset. The Sun was only 12 deb below the horizon. In a nutshell, this image was hard to capture, but despite this the comet is showing a bright, large coma.