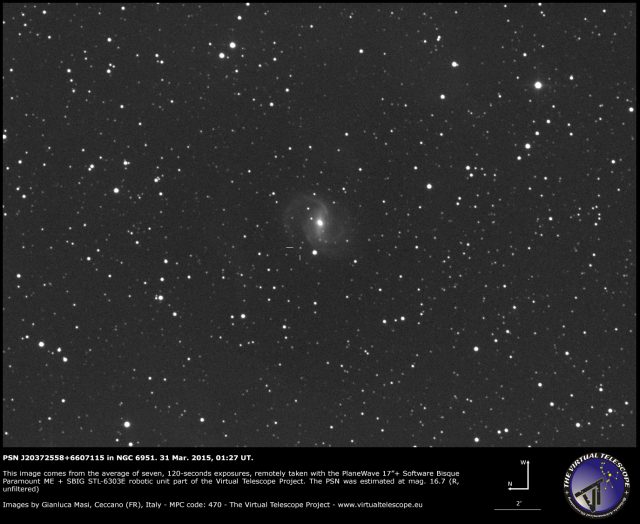 The image  above shows supernova PSN J20372558+6607115 in the beautiful, barred spiral galaxy NGC 6951. This object, now classified as a type Ibn supernova, was discovered by K. Shima from Japan on March 23, 2015. The host galaxy is at somewhat 60 millions of light years from the Earth.

This image above comes from the average of seven, 120-seconds exposures, unfiltered, remotely collected with the  PlaneWave 17″+Paramount ME+SBIG STL-6303E robotic unit part of the Virtual Telescope Project. The supernova was estimated at mag. 16.7 (R mags for the reference stars from UCAC-4).