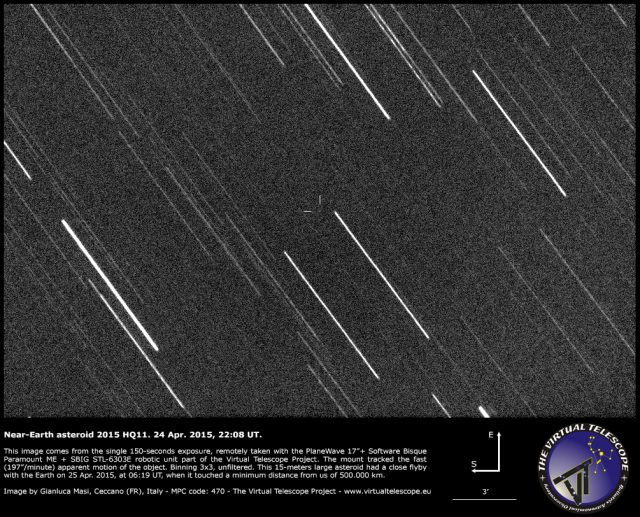 The image above is a single 150-seconds exposures, remotely taken with PlaneWave 17″+Paramount ME+SBIG STL-6303E robotic unit  part of the Virtual Telescope. The robotic mount tracked the fast (197″/minute!) apparent motion of the asteroid, so stars are trailing, while the asteroid is perfectly tracked (the asteroid is the little dot in the center, marked with two white lines). The object was very faint, at about mag. 18.5, and moving so fast that without the advanced tracking capability of of our robotic system it was impossible to capture! It was one of the most extreme targets we ever grabbed.

Below is the orbit of the asteroid, plotted with TheSkyX (Software Bisque) 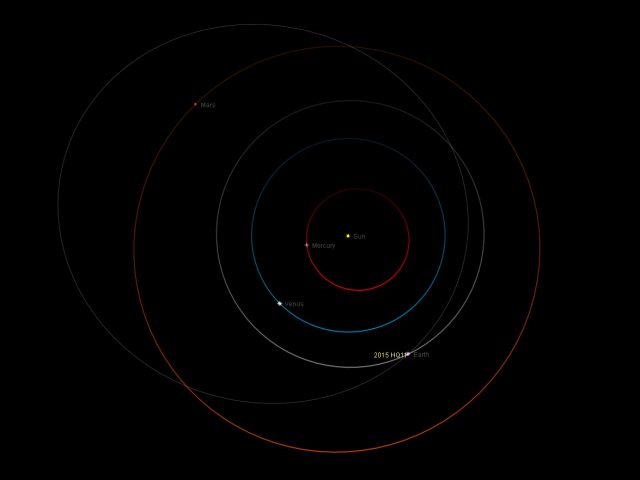