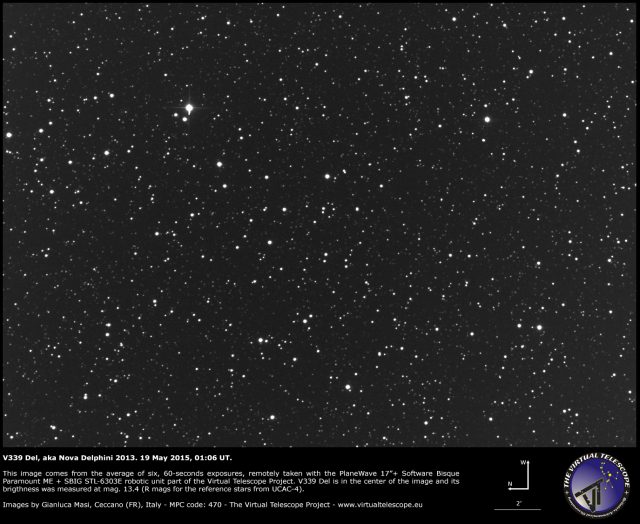 More than one year has gone since the last observation of V339 Del, also known as Nova Delphini 2013, via the Virtual Telescope. This star was a primary, scientific target for our project : it is worth to mention that this transient was classified as a nova also thanks to our very early spectroscopy.

V339 Delphini was observed again on 19 May 2015. The image above is an image we recently collected on 09.05 May 2014, coming from the average of five, 60-seconds exposures, unfiltered, remotely using the PlaneWave 17 + Paramount ME + STL-6303E robotic unit part of the Virtual Telescope Project. The star was estimated to be at mag. 13.4 (using R mags for the reference stars from UCAC 4), that is one mag. fainter than 9 May 2014. V339 Del is in the center of the picture.