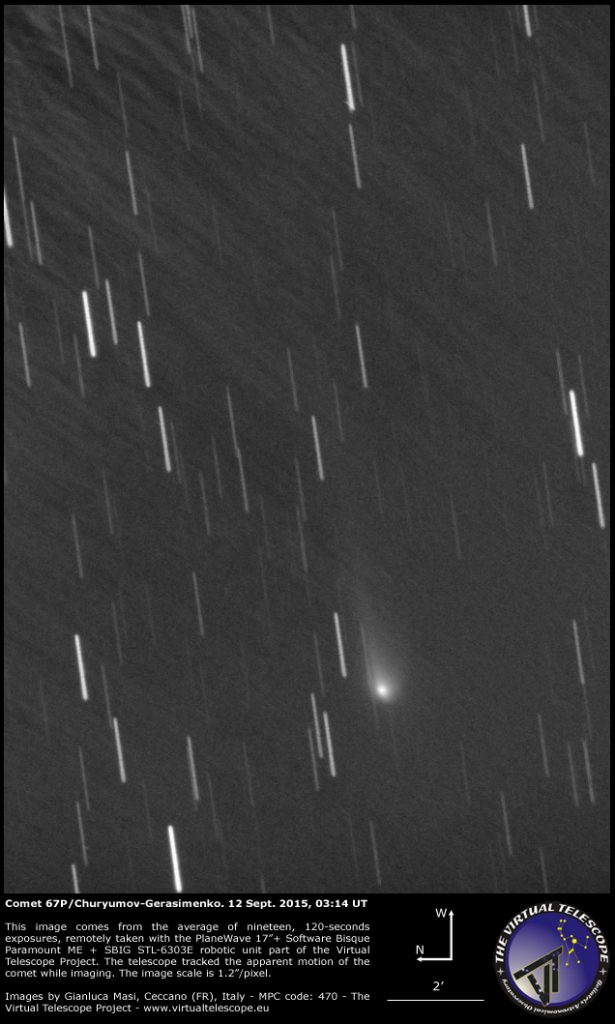 This image above comes from the average of nineteen, 120-seconds exposures, unfiltered, remotely collected with the  PlaneWave 17″+Paramount ME+SBIG STL-6303E robotic unit part of the Virtual Telescope Project. Binning 2×2, with a resulting scale of 1.2″/pixel. The robotic telescope tracked the apparent motion of the comet, so stars are trailing while the comet is perfectly visible in the center. The target was only at 25 deg above the eastern horizon, at twilight. The comet is showing very well, with a nice and large coma and a beautiful tail.