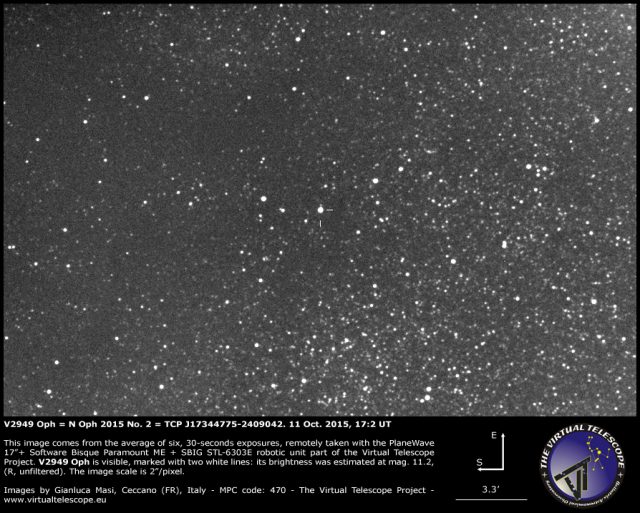 On Oct. 11.72 Oct., we remotely used the Virtual Telescope to confirm this object. The image above comes from the average of six, 30-seconds exposures, unfiltered, remotely collected with the  PlaneWave 17″+Paramount ME+SBIG STL-6303E robotic unit part of the Virtual Telescope Project. Using shorter exposures, the nova was estimated at mag. 11.2 (R mags for the reference stars from UCAC-4). The source was only 18 deg above the south-western horizon, at sunset twilight.

It is interesting to see how star density varies across the field of view in the image, revealing the existence of dust clouds heavily obscuring that region; observations revealed a highly reddened nova.

Back to “Novae” page