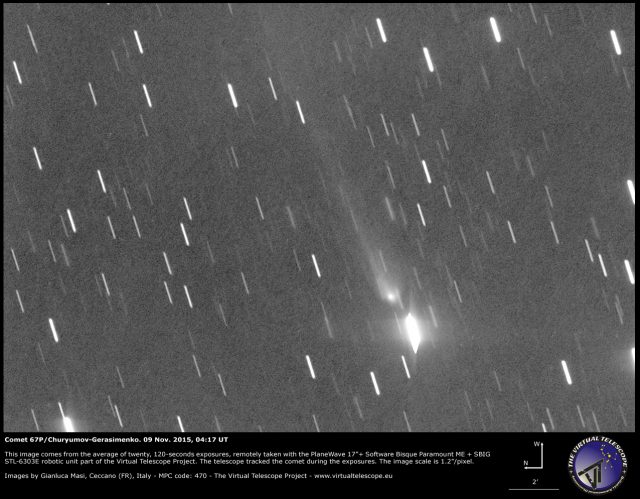 On 09 Nov. 2015, early in the morning, we wanted to observe Comet 67P/Churyumov-Gerasimenko again, a couple of months after our previous visit, under good sky conditions. Comet 67P/Churyumov-Gerasimenko is the target of the ESA Rosetta space mission, which released there its module Philae. This imaging session was also performed to support Hubble Space Telescope’s polarimetry campaign.

This image above comes from the average of twenty, 120-seconds exposures, unfiltered, remotely collected with the  PlaneWave 17″+Paramount ME+SBIG STL-6303E robotic unit part of the Virtual Telescope Project. Binning 2×2, with a resulting scale of 1.2″/pixel. The robotic telescope tracked the apparent motion of the comet, so stars are trailing while the comet is perfectly visible in the center. The final frames were collected during astronomical twilight. The comet is showing very well, with a nice and large coma and a beautiful tail.

In order to better evaluate the cometary shape, 19 images from the set above where median combined to remove interfering stars as much as possible. The resulting image is shown below: 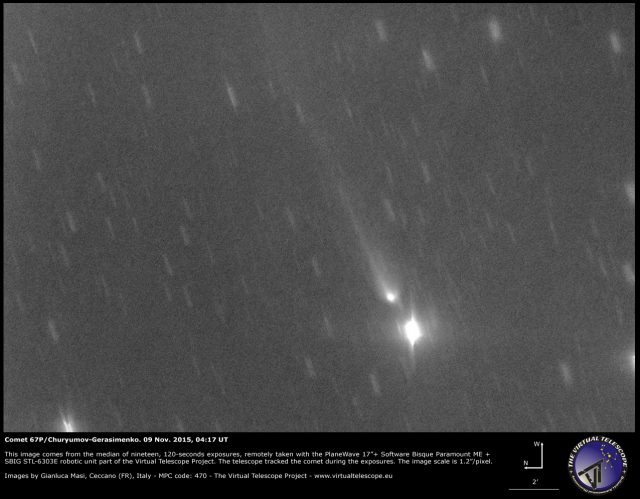