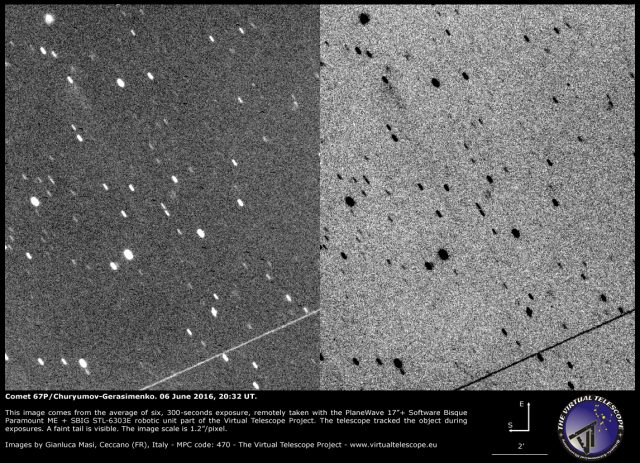 This image above comes from the average of six, 300-seconds exposures, unfiltered, remotely collected with the  PlaneWave 17″+Paramount ME+SBIG STL-6303E robotic unit part of the Virtual Telescope Project. Binning 2×2, with a resulting scale of 1.2″/pixel. The robotic telescope tracked the apparent motion of the comet, so stars left trails on the background. A faint tail is visible, extending at least for 6 arcminutes. On the right, a negative palette, helps displaying that feature.