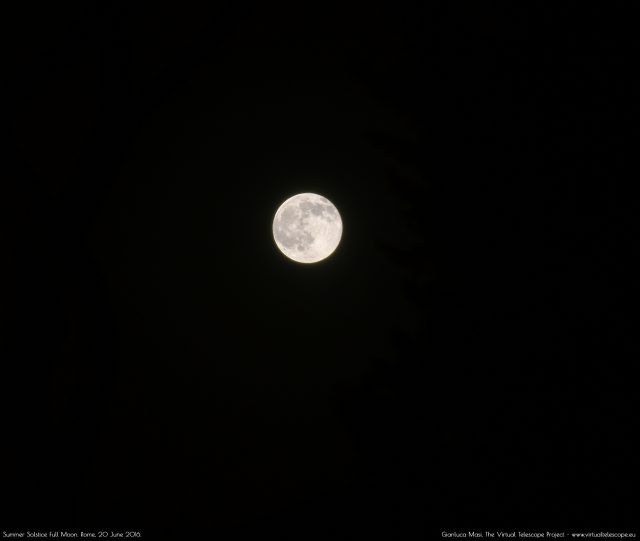 As we reported earlier today, This summer solstice is introduced by a Full Moon.  Last time it happened was in 1967. The image below shows the Moon while rising, as seen from Rome, Italy.

The image below was exposed on the Moon directly, to show its features at its best; the same setup as above was used. 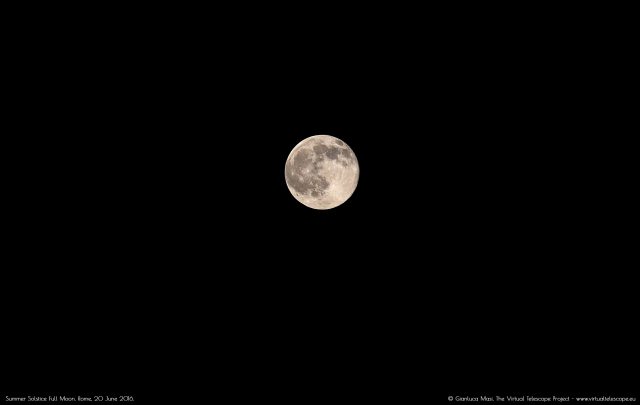 This photo © by Gianluca Masi. Cannot be used without permission