Comet C/2017 E4 Lovejoy was discovered on 9 Mar. 2017 and since then it showed a significant increase in its brightness. After helping in its confirmation at the discovery time, we managed to capture a new image, showing an amazing, one-degree long tail. 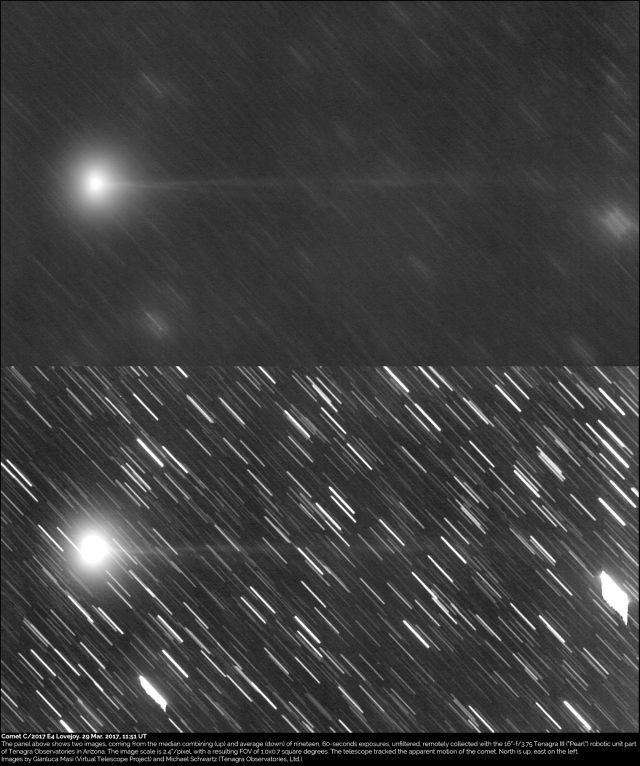 The images above come from the median combination (top) and average (bottom) of nineteen, 60-seconds exposures, unfiltered, remotely taken with the 16″-f/3.75 Tenagra III (“Pearl”) robotic unit part of Tenagra Observatories in Arizona. The telescope tracked the apparent motion of the comet. The imaging camera is based on the KAF-16801 CCD. The resulting image scale is 2.4″/pixel. Further details are available on the image itself. The median combination limits the contamination of the stars, making the tail easier to see. Its length is more than one degree.