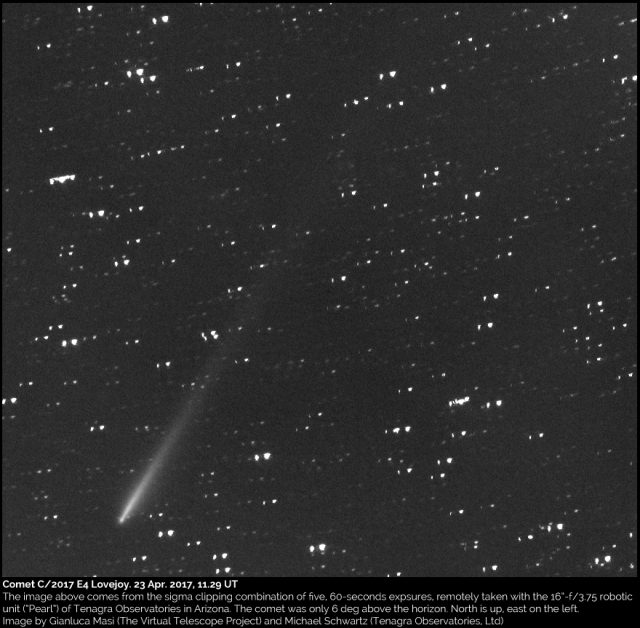 The image above comes from the average of five , 60-seconds exposures, unfiltered, remotely taken with the 16″-f/3.75 Tenagra III (“Pearl”) robotic unit part of Tenagra Observatories in Arizona. The telescope tracked the apparent motion of the comet. The imaging camera is based on the KAF-16801 CCD, used in 2×2 binning. The resulting image scale is 2.4″/pixel. The comet was VERY low above the NE horizon, at about 6 degrees, after the beginning of the morning twilight. Images show a condensation in the comet’s head. The disruption of the comet is evident.