In a few days, the Earth will cross the orbital plane of comet C/2015 V2 Johnson. This geometric condition makes possible to see a dusty feature named “anti-tail”, apparently pointing to the Sun, where the tails are almost always seen anti-sunward. 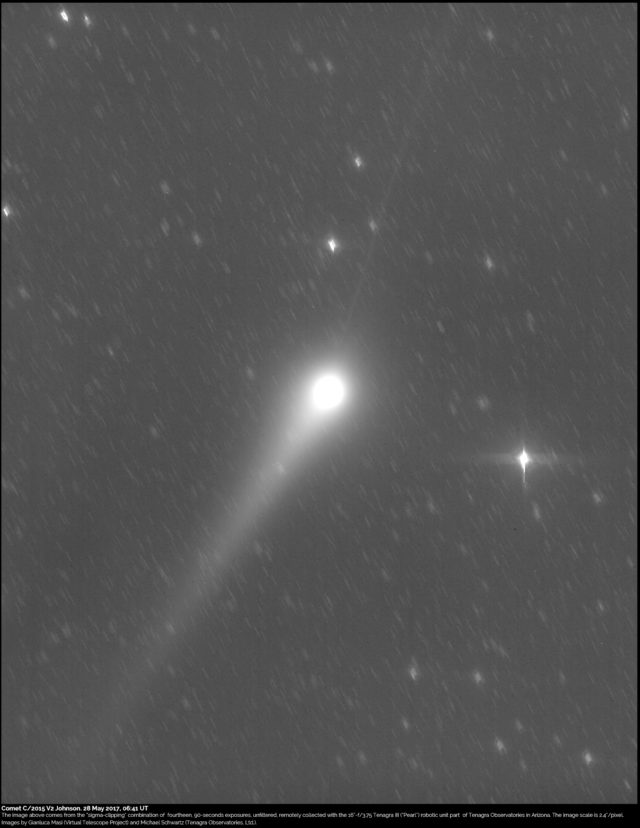 The image above comes from the average of fourtheen, 90-seconds exposures, unfiltered, remotely taken with the 16″-f/3.75 Tenagra III (“Pearl”) robotic unit part of Tenagra Observatories in Arizona. The telescope tracked the apparent motion of the comet. The imaging camera is based on the KAF-16801 CCD. The resulting image scale is 2.4″/pixel. Further details are available on the image itself. South is up, west  on the left.

A narrow ion tail is visible, point anti-sunward as expected, while the broad dust tail is pointing sunward. As we said, this is due to the geometry involving us (the Earth), the Sun and the comet. At the end of May, our planet will cross the comet orbit’s plane, as visible below. 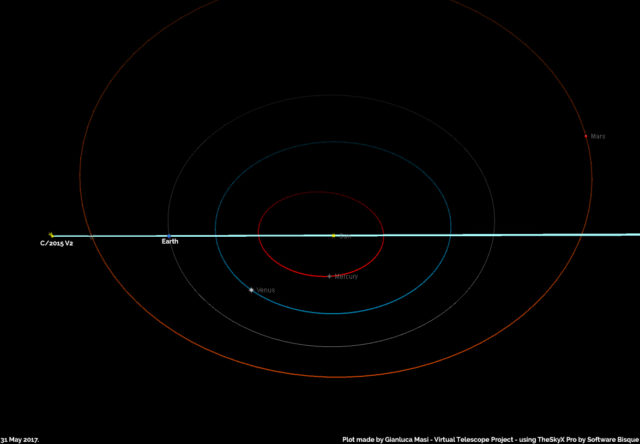