Looking for the International Space Station (ISS) crossing the sky is always a nice experience, especially when it is very bright and flies above something unique. The city of Rome can be a special set for these events, as it was on last 5 June 2018. 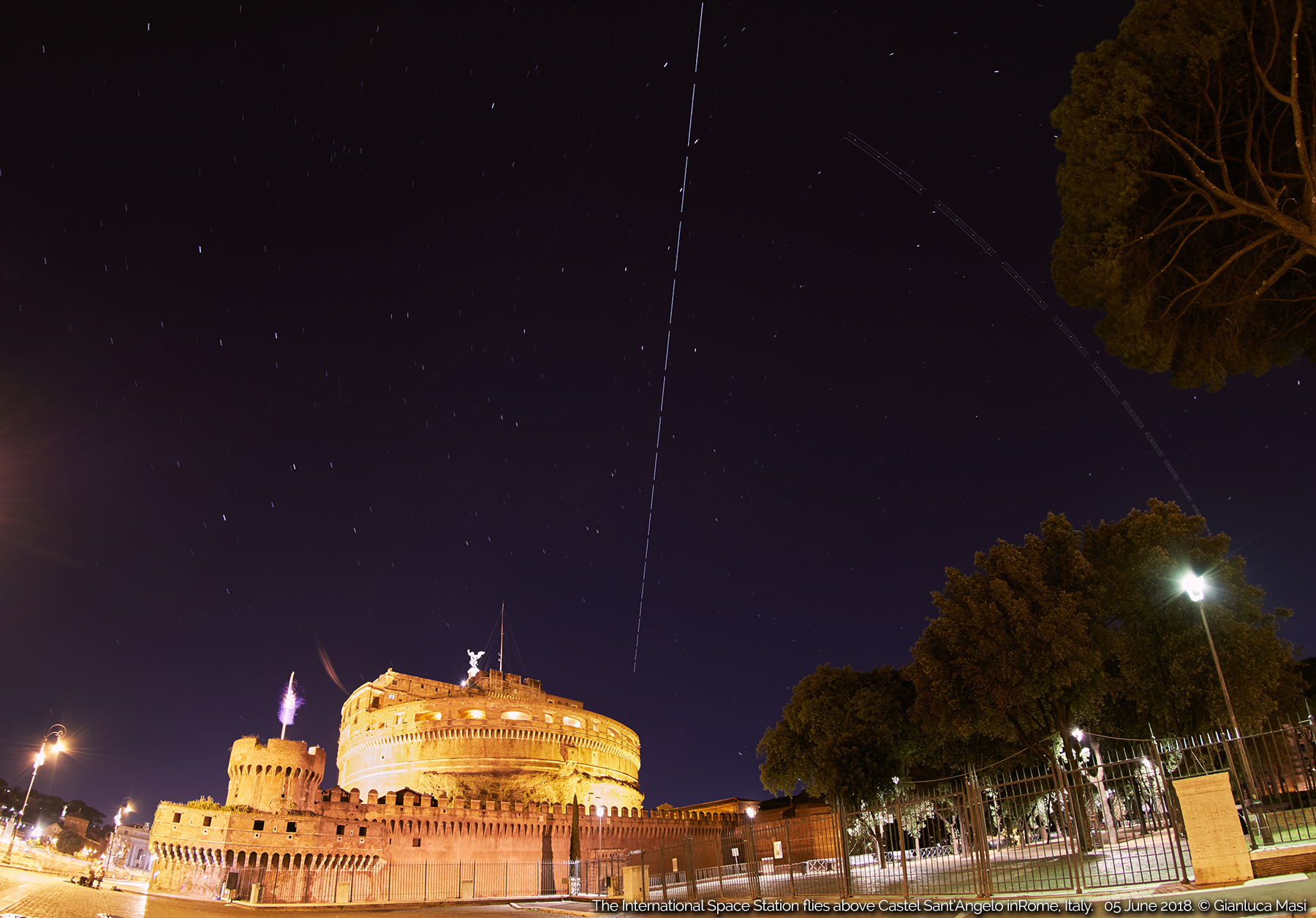 That evening the International Space Station was expected to make a great pass above Rome, crossing the sky while it was very dark (well, at least as dark as it can be from a big city), reaching the zenith and peaking at mag. -3.9. What else? I just had to find a place from where I could see the ISS pairing with something stunning from the Eternal City.

When the ISS crosses the entire sky, reaching the zenith, planning an imaging session is not easy: capturing the entire trail would require an extreme wide lens, if you are interested in covering the whole transit. Of course, you can limit your coverage to the most interesting part of its flight, but exploiting it as much as possible is always my first thought.

The 5 June 2018 pass would have started with the ISS rising from NW, quickly climbing the sky up to the zenith, while increasing in brightness, before moving SE: I needed a place offering something interesting to be added to my pictures, with the western horizon on its background and with a lot of free sky above it. I selected a very beautiful monument, the Mausoleum of Hadrian, also known as Castel Sant’Angelo, finding where to setup my imaging equipment to have a nice and large piece of sky above it, where the ISS was going to show.

Considering the almost 180 deg wide extention of this ISS passage across the stars, I decided to use my widest lens, the Canon EF 8-15mm f/4L Fisheye: while its shows the typical image distortion of these extreme lenses, it still offers a huge field of view. With this lens, I could include the monument and most of the sky where the ISS was going to show at its brightest. Of course, I knew I had to correct somehow the fisheye distiortion on post-production, also eliminating the many artifacts due to the many streetlamps going to be included in my images because of such an extreme field of view.

To be honest, the imaging session and the post-production were not easy at all and the result shown above is the best I could obtain, combining several images to show the trail of the ISS as well as the main constellations around. I’m happy with it!

As for the stars, I made also an annotated version of the image above, labeling some of the constellations visible, to make the sight possibly more interesting. 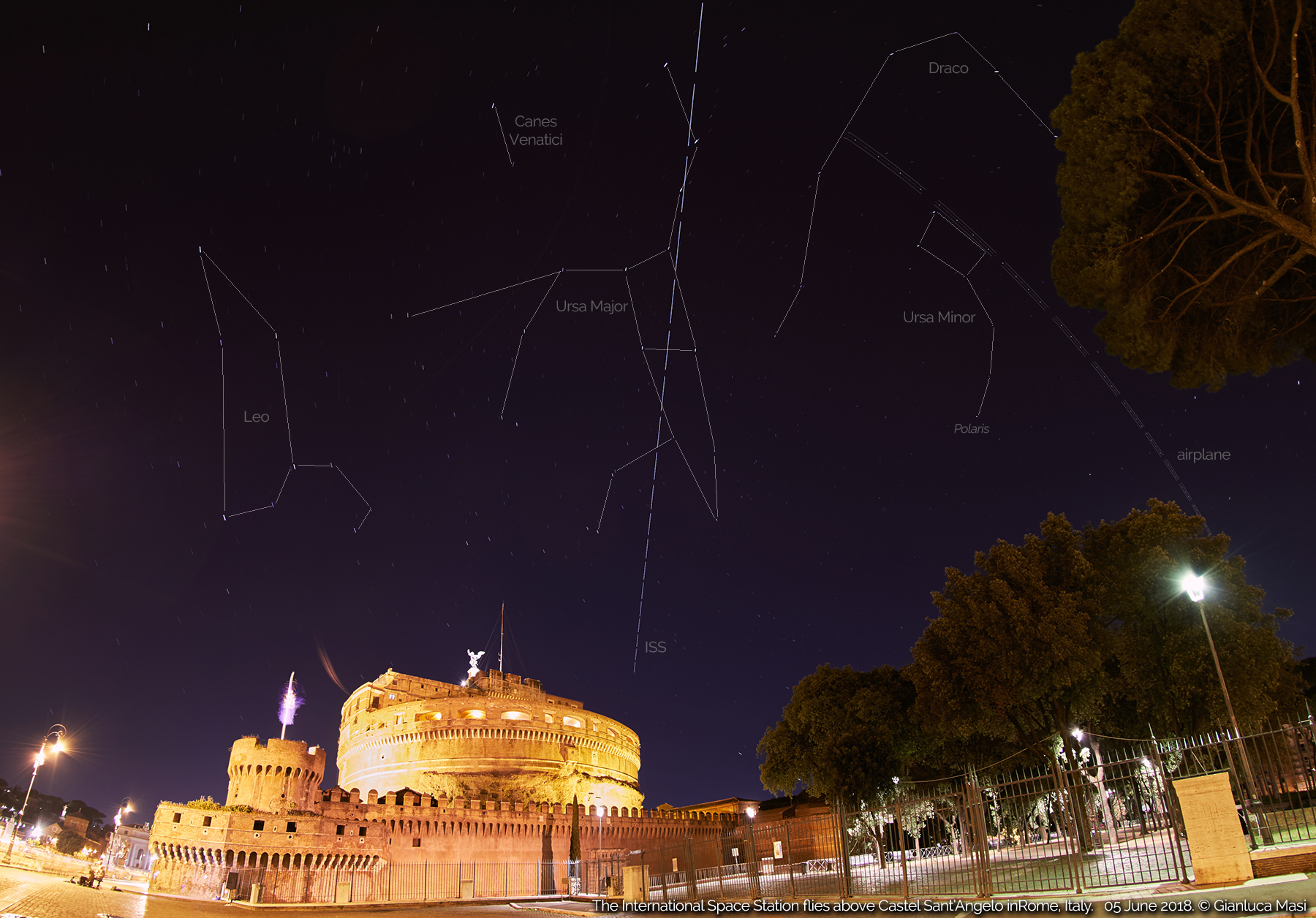 The ISS trail is showing among some well-known constellations, with the Mausoleum of Hadrian below.

I’m already looking forward to the next bright satellite pass!