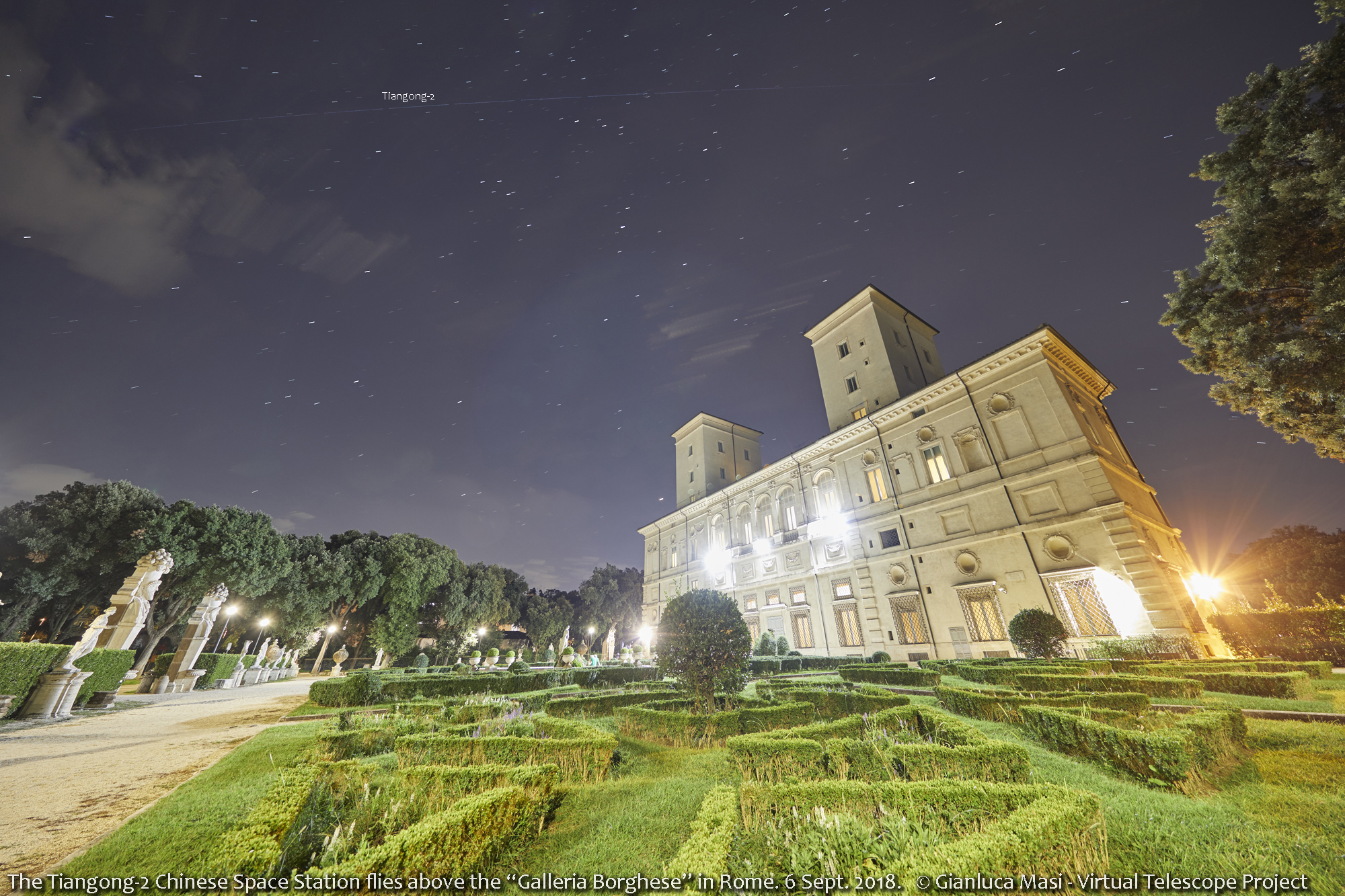 The Tiangong-2 flies above the Galleria Borghese Museum in Rome – 6 Sept. 2018

The Tiangong-2 space station is never as bright as the well-known International Space Spation (ISS), so imaging it is significantly more demanding. Despite this, I wanted to try from Rome, where the light pollution can be a severe obstacle for this kind of observations.

I selected the stunning “Galleria Borghese” museum, as I really love this precious building and the amazing masterpieces hosted there (including Bernini and Caravaggio). I planned the imaging session to cover as much of the Tiangong-2 trail as possible.

I used a Canon 5D mark IV DSLR, coupled with a Canon EF 11-24mm f/4L USM extreme lens, all installed on a sturdy tripod. I intentionally decided to frame the scenery to have some dynamic appearance of the building, apparently converging to the part of the sky where the Tiangong-2 was going to show.

The image above comes from the merging of several frames: many stars and constellations are visible and the satellite trail is properly labeled.

Accordingly to several news, the Tiangong-2 is scheduled to re-enter on July 2019, ending its mission. You might remember the Tiangong-1 fate earlier this year.

I hope you like it, meantime I’m always waiting for the next satellite pass!