As part of the extended ASAS-SN team, we contributed to the discovery of this bright supernova, SN 2019hsw, in the spiral galaxy NGC 2805. It was caught at early stages, so we should see it increasing in brightness. It shows in a very beautiful field, btw: here it is our image. 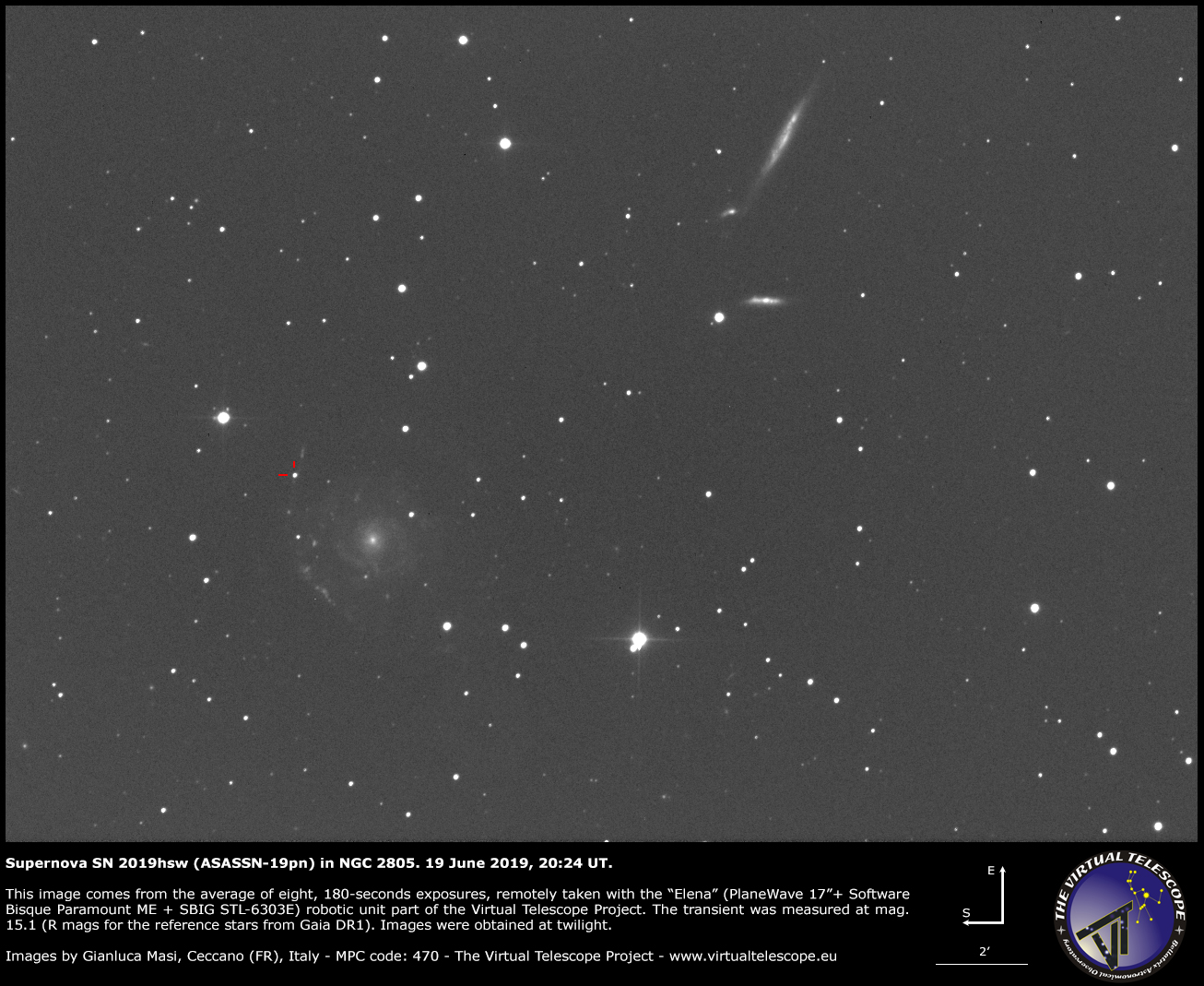 The image above comes from the average of eight, 180-seconds exposures, unfiltered, remotely taken with “Elena” (PlaneWave 17″+Paramount ME+SBIG STL-6303E) robotic unit available at Virtual Telescope. SN 2019hsw (aka ASASSN-19pn) is marked in the bottom left. Spectroscopy showed it to be a type II supernova. We could promptly confirm it on 18 June, one day earlier than this image. We estimated it as bright as mag. 15.1 (unfiltered, R-mags for the reference stars from the Gaia DR1 star catalogue). This supernova was discovered by the very efficient ASAS SN survey on 18 June 2019.

The host galaxy is NGC 2805, a spiral placed at about 75 millions of light years, in the Ursa Major constellation. On the upper right there are NGC 2820 (longer) and NGC 2814, as well as a number of smaller galaxies.

We plan to follow the evolution of this supernova, so stay tuned!

Back to the “supernovae” page