ESA’s Solar Orbiter (SolO) is on its way to the Sun, we imaged part of the Atlas V launch rocket, the Centaur upper stage – 12 Feb. 2020

The ESA’s Solar Orbiter (SolO) was launched with success a few days ago, starting its long journey of discovery of our Sun. Last night, we imaged part of its Atlas V launch rocket, the Centaur upper stage. Here it is our image. 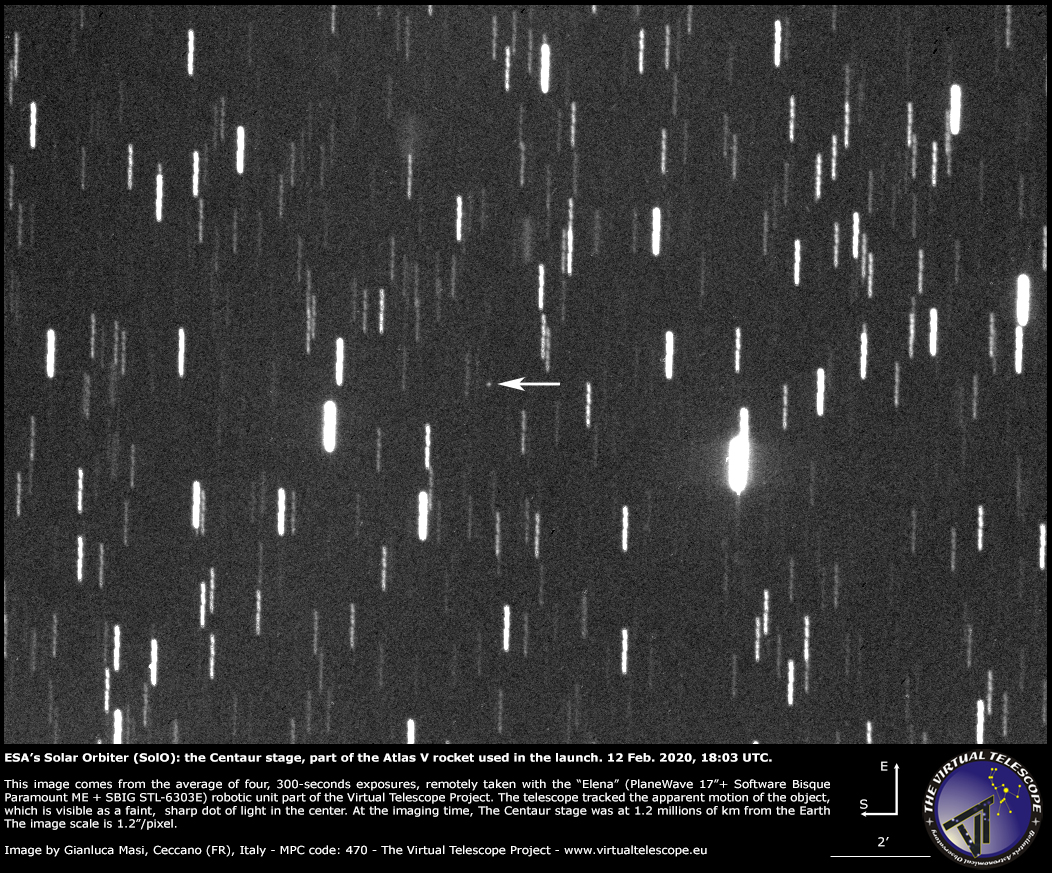 The Centaur stage part of the rocket which launched the ESA’s Solar Orbiter (SolO) last 10 Feb. 2020

The ESA’s Solar Orbiter was launched on 10 Feb. 2020, from Cape Canaveral: its mission is to study the Sun and it will be 7 years long. Now it is traveling in the interplanetary space, but it is not alone. The last stage of the Atlas V rocked used to launch the Solar Orbiter is out there too: it is a Centaur module, from which SolO separated about 53 minutes after the launch.

We wanted to image SolO before it got to far, but bad weather made that impossible. Luckily, the Centaur stage is much brighter, so we could try to capture it for a longer time.

And we did so, last night. Using data from other observatories, we could calculate an ephemeris for the Centaur stage and its apparent motion, so that the telescope could point and track it.

The resulting image is visible above: the Centaur stage is indicated with a white arrow. We also made our astrometry available, to refine its orbit around the Sun.