Eight years after our past observations, we captured again (99942) Apophis, the king of potentially hazardous asteroids. Next month it will be relatively close (15 millions of km from us) and we will show it live. Meantime, here it is our latest image. 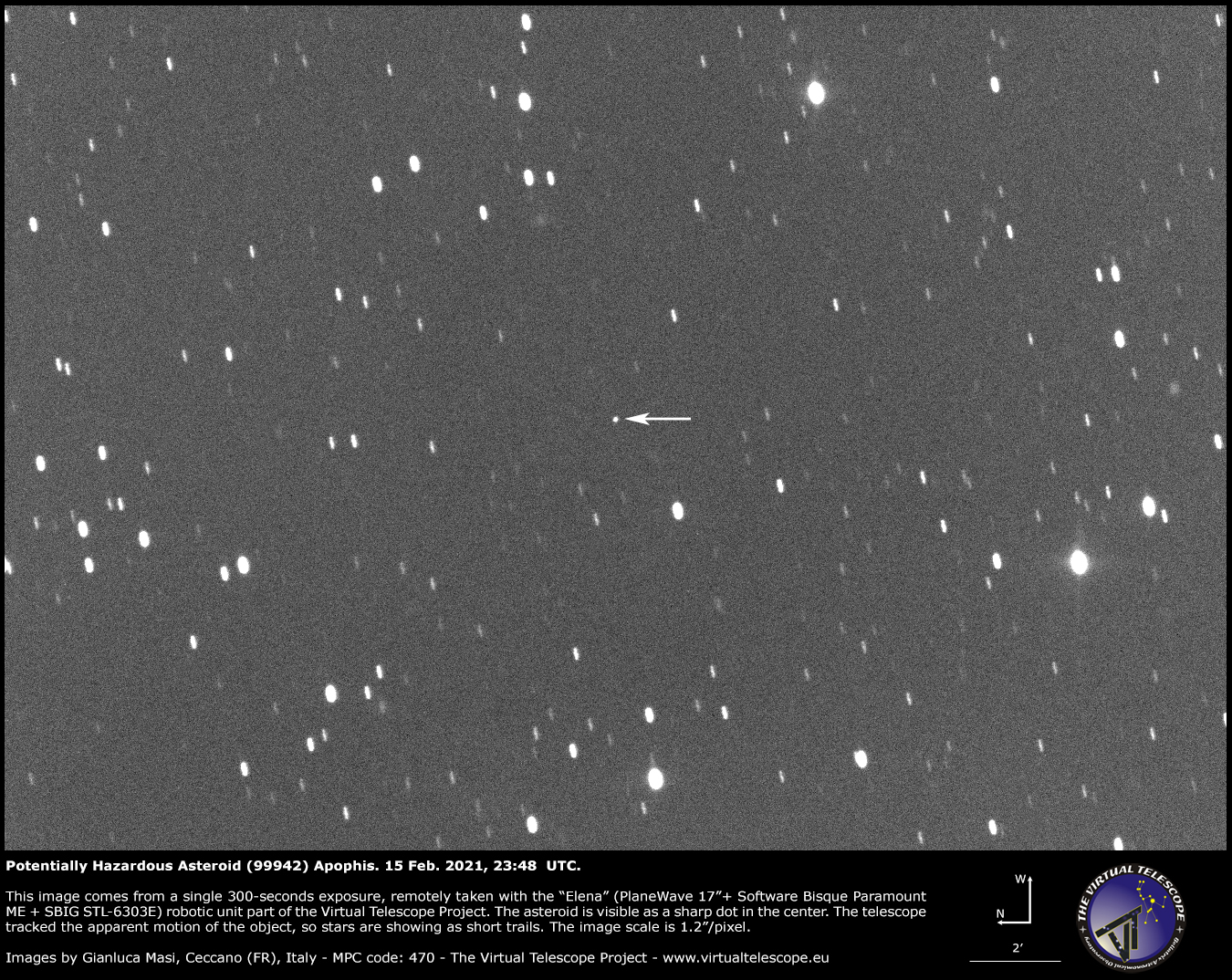 The image above comes from a single, 300-seconds exposure, remotely taken with the “Elena” (PlaneWave 17″+Paramount ME+SBIG STL-6303E) robotic unit available at Virtual Telescope. The telescope tracked the apparent motion of the asteroid, this is why stars show as short trails, while the asteroid looks like a bright and sharp dot of light in the center of the image, marked by an arrow.

“Apophis” is, by far, the most famous potentially hazardous asteroid. Discovered in 2004, at the time showed a non-zero impact probability for its 2029 fly-by, which was later ruled out. Observations over the years, in particular in 2013, made possible to set zero impact probabilities for 2036, too. The 2068 fly-by was still of interest and using the 2015 observations we had 1 in 150000 chances for a collision.

On Nov. 2020, new observations showed evidence of the Yarkovsky effect and the resulting drift reduced impact chances to 1 in 380000. It is worth to note that this extremely small impact probability is very likely meant for reducing to zero, while new data will be available.

We know Apophis has a estimated size of 450 x1 70 meters, making its 2029 fly-by, when it will be closer than geostationary satellites and visible to naked eye, the closest encounter with an asteroid of its size in recorded history.

Now, asteroid (99942) Apophis is bright again to be seen and measured with small telescopes. On 6 March 2021 it will be at its minimum distance from us, that is about 15 millions of km, quite a lot, so there are no risk at all for us.

The Virtual Telescope Project will show (99946) Apophis live, online, so you can spot it in real-time, from the comfort of your home.