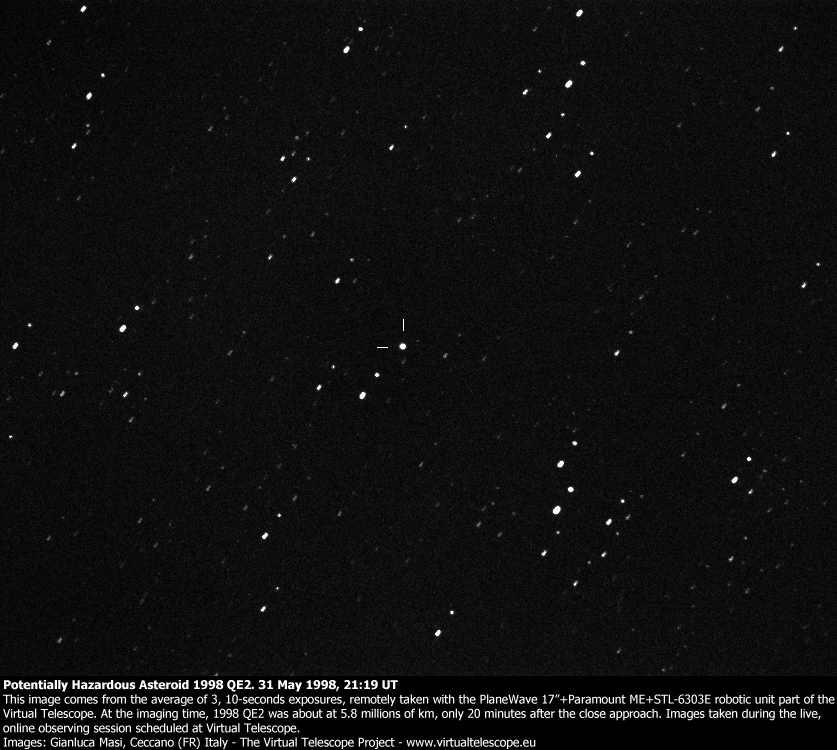 The 1998 QE2 online event went very well! Despite the clouds initially limited the visibility of the object, people connected online to the Virtual Telescope could spy this object soon after the closest approach. The image above shows 1998 QE2 soon after the minimum distance was touched. It was thrilling to see it “flying” across the stars, at about 5.8 millions of km from the Earth, a completely safe distance.

The frames used for the image above were taken during the live, online coverage with people joining from more than 120 different Countries. All of them were impressed by the fast motion of this fascinating body.