The James Webb Space Telescope tracked again at the end of the year – 31 Dec. 2021

We symbolically observed the James Webb Space Telescope on the last night of 2021, finding it brighter than the previous night. 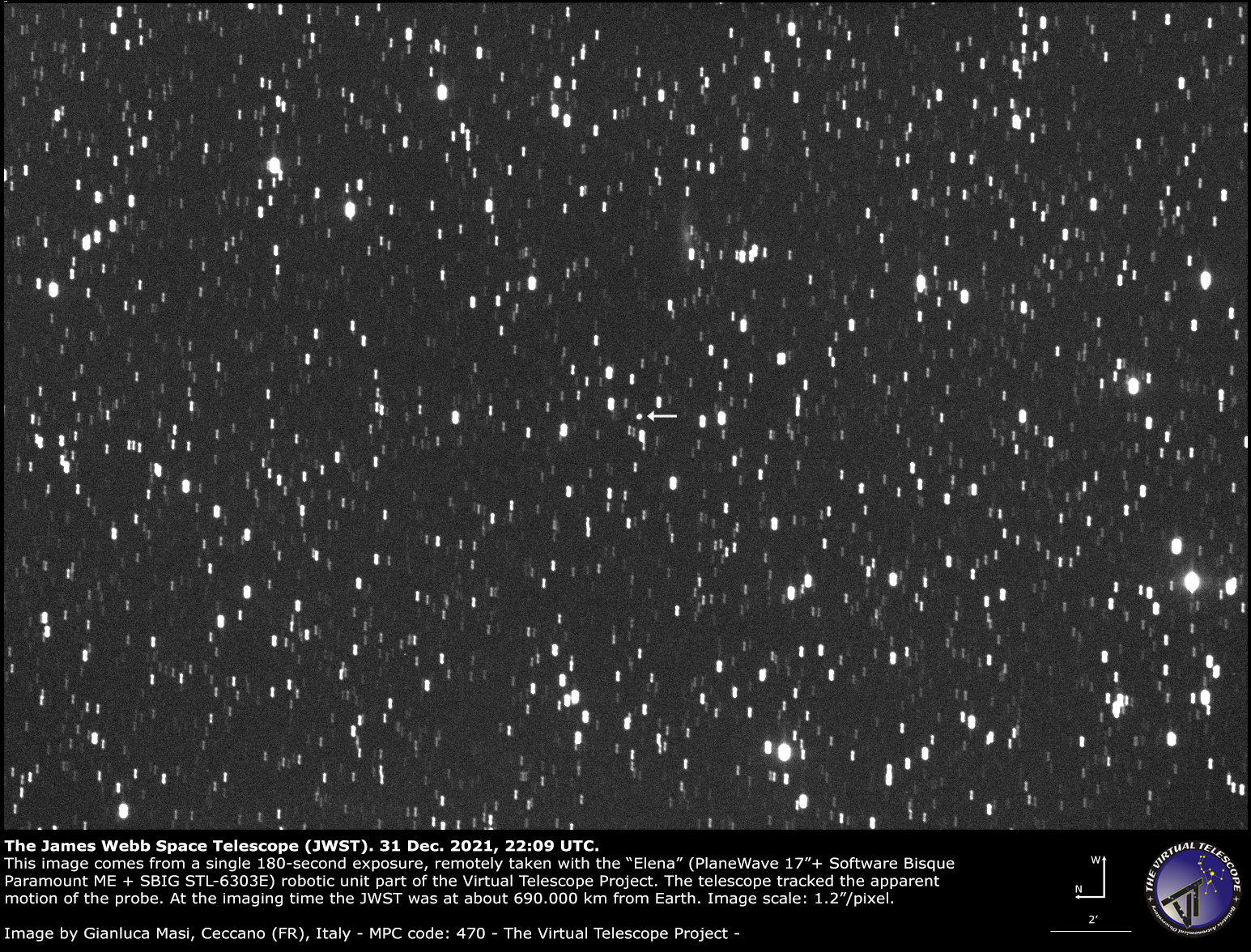 The image above comes from a single 180-second exposure, unfiltered, remotely collected with the “Elena” (PlaneWave 17″+Paramount ME+SBIG STL-6303E) robotic unit available at the Virtual Telescope Project. Our robotic telescope tracked the apparent motion of the James Webb Space Telescope (JWST), which is marked by an arrow in the center. We estimated a magnitude of 13.7 (unfiltered, R mags for the reference stars from the GAIA DR2 star catalogue): 24 hours earlier, it was about 1.5 mags fainter. It is worth noting that the Sunshield Covers were releasing in the meantime, this very likely incrementing the apparent brightness of the JWST.

At the imaging time, JWST was at about 690.000 km from us (almost 1.8 times the average lunar distance); its final destination is the L2 (2nd) Lagrangian point of the Earth-Sun system at 1.5 millions of km from us. As seen from the Sun, that L2 point is directly behind the Earth.

Below is a short animation made with the images captured during the imaging session.

The James Webb Space Telescope in motion against the stars.

If you want to learn more about this amazing instrument, just check the detailed Nasa’s website.