A new image of the potentially hazardous asteroid (138971) 2001 CB21 was captured last night. This object will have its relatively close fly-by with the Earth next 4 March. 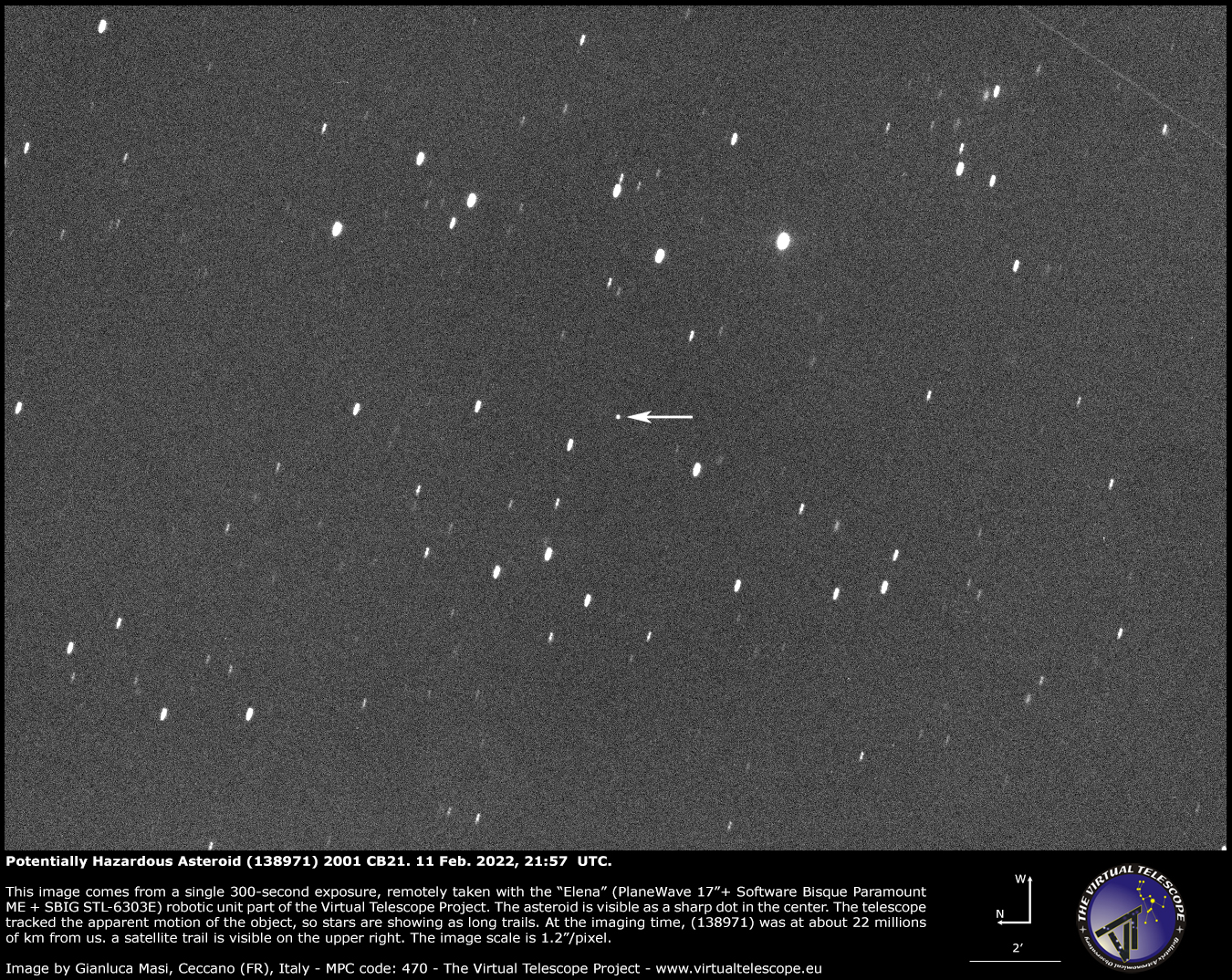 The image above comes from a single 300-second exposure, remotely taken with the “Elena” (PlaneWave 17″+Paramount ME+SBIG STL-6303E) robotic unit available at Virtual Telescope. The telescope tracked the apparent motion of the asteroid, so it looks like a sharp dot, with surrounding stars appearing slightly elongated. A very bright Moon was high in the sky.