Last night we captured comet C/2017 K2 Panstarrs again, while it is approaching its minimum distance from the Earth. 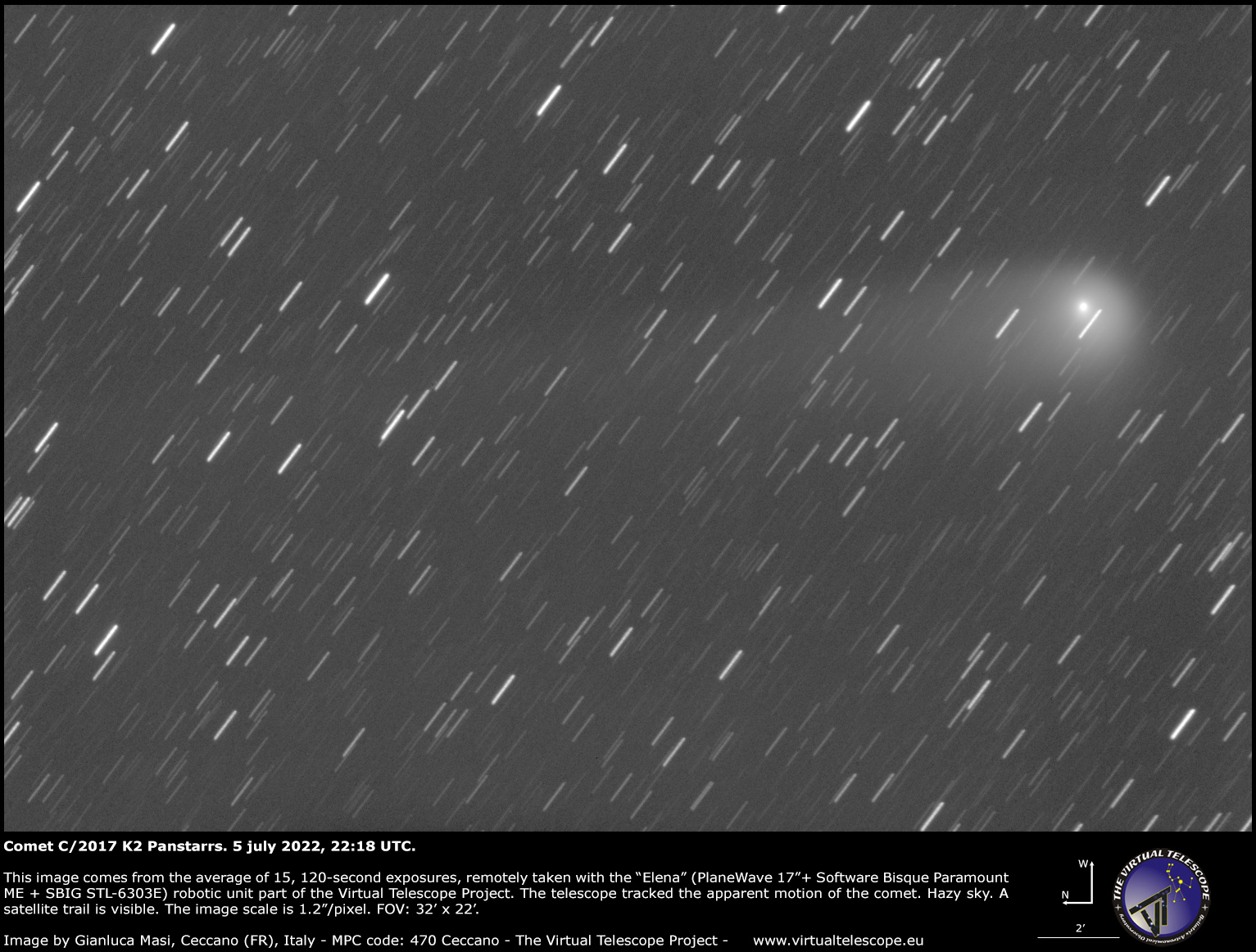 The image above comes from the average of 15, 120-second exposures, unfiltered, remotely collected with the “Elena” (PlaneWave 17″+Paramount ME+SBIG STL-6303E) robotic unit available at the Virtual Telescope Project. The telescope tracked the apparent motion of comet C/2017 K2 Panstarrs, this is why stars left long trails on the background. The image was processed to show both the bright region and the dusty tail at their best. The sky was hazy.

When it was discovered (21 May 2017), this comet was almost 2.5 billions of km far from the Sun (between Saturn and Uranus), but it was already active: only comet C/1995 O1 Hale-Bopp performed in a similar way at a comparable heliocentric distance and it is now a legendary object. Unfortunately,  at perihelion (19 Dec. 2022), C/2017 K2 will stay beyond the orbit of Mars and this will make its naked eye visibility from Earth impossible.

Comet C/2017 K2 will reach its minimum distance from our planet next 14 July 2022 and we planned a live feed to show it to our community.