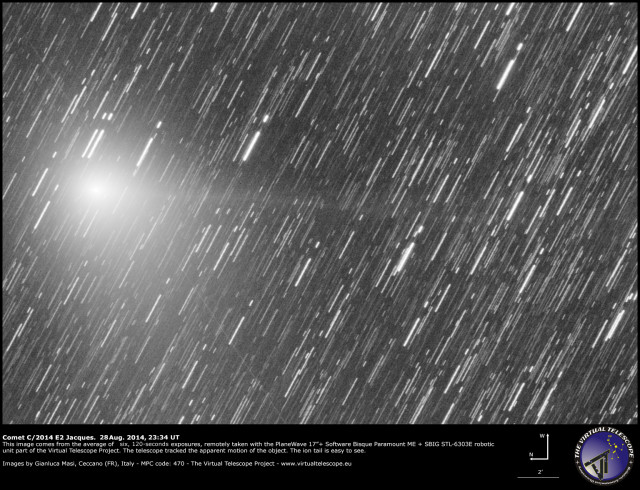 On its way back to the outer Solar System, comet C/2014 E2 Jacques is continuously changing its aspect, so at Virtual Telescope we are trying to cover it closely.

The image above comes from the average of six, 120-seconds exposures, remotely taken with the  17″ robotic unit part of the Virtual Telescope. The telescope’s mount tracked the apparent motion of the comet. A faint ion tail is visible, as well as a large coma. A satellite trail crosses the field of view, too.