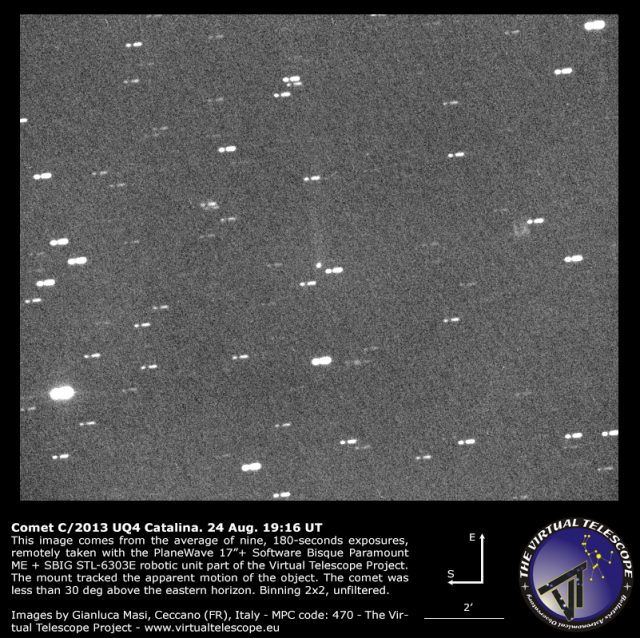 As you know, at Virtual Telescope we managed to cover quite extensively the passage of comet C/2013 UQ4 Catalina while at its minimum distance from the Earth, last July. Then, the comet constantly reduced its solar elongation, significantly shortening its observing window.

Despite this, last night the comet was observed again last night. The image above comes from the average of nine, 180-seconds exposures, remotely taken with the 17″ robotic unit part of the Virtual Telescope. As always, the telescope’s mount tracked the apparent motion of the comet. The object was low above the western horizon, while the sky was still a bit bright because of the twilight.

A faint tail is still visible, with the comet being otherwise almost stellar in its aspect (when discovered, this comet looked as an asteroid, its cometary activity showed later).