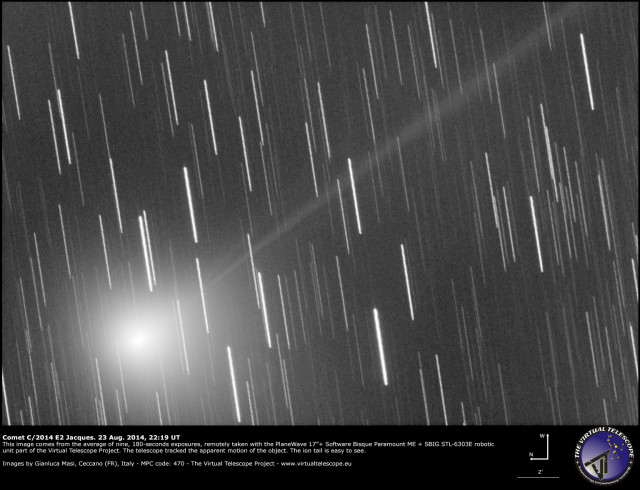 After the detailed sight of the night before, when the ion tail was less apparent than on previous observations, comet C/2014 E2 Jacques was observed again and the ion tail was bright (but narrower) again.

The image above comes from the average of 9, 180-seconds exposures, remotely taken with the  17″ robotic unit part of the Virtual Telescope. The telescope’s mount tracked the apparent motion of the comet. At the imaging time. Interestingly, a couple of hours later, while the sky was unchanged and the comet was even better, higher placed above the horizon, the tail was fainter again. Truly an “alive” comet!