We imaged comet C/2017 K2 Panstarrs again, while it is slowly approaching its minimum distance from the Sun. 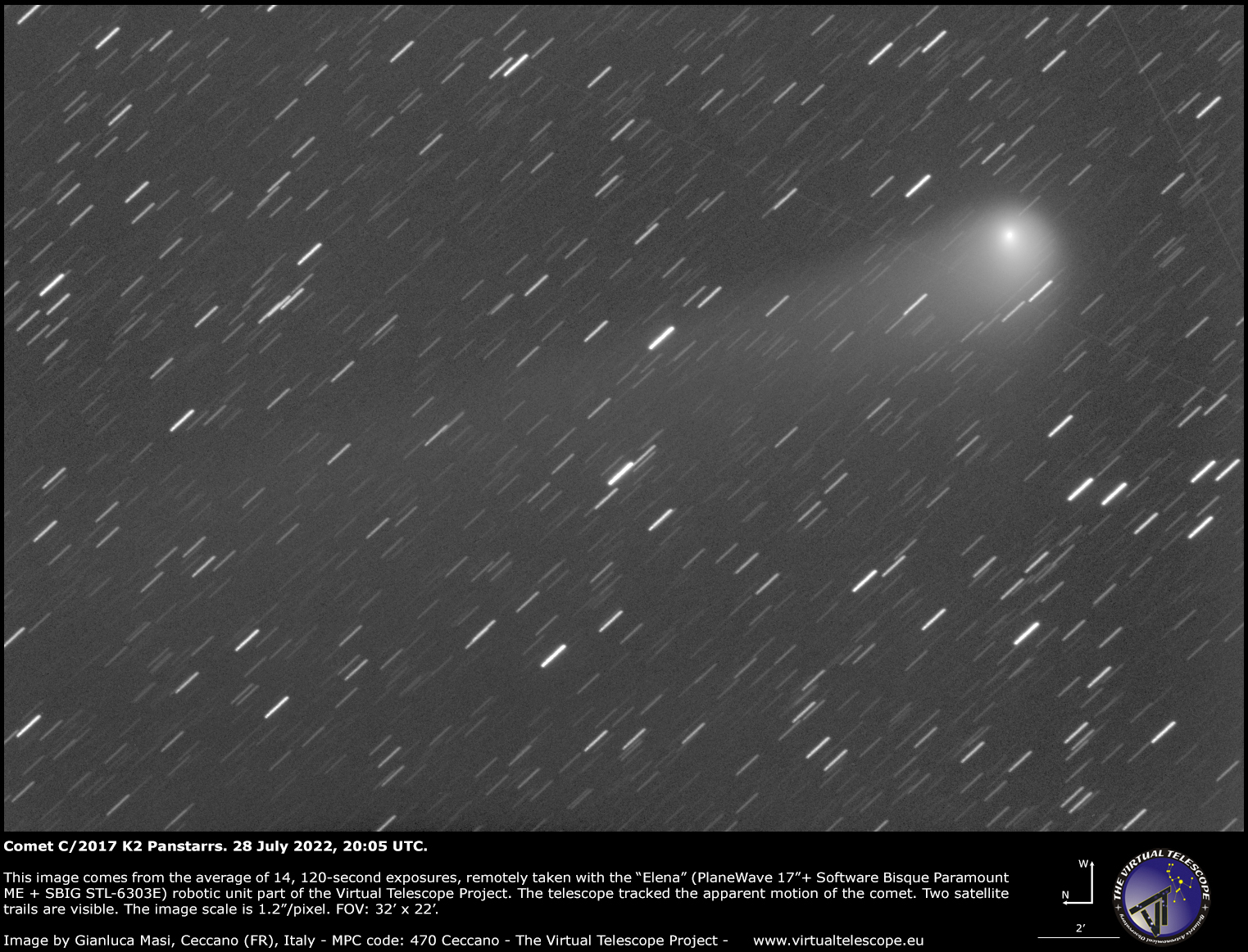 The image above comes from the average of 14, 120-second exposures, unfiltered, remotely collected with the “Elena” (PlaneWave 17″+Paramount ME+SBIG STL-6303E) robotic unit available at the Virtual Telescope Project. The telescope tracked the apparent motion of comet C/2017 K2 Panstarrs, so stars left long trails on the background. The image was carefully processed to show both the bright region and the dusty tail at their best. A couple of artificial satellite trails are visible on the upper right.

At the discovery time (21 May 2017), comet C/2017 K2 was almost 2.5 billions of km far from the Sun (between Saturn and Uranus), but already active: only comet C/1995 O1 Hale-Bopp performed in a similar way at a comparable heliocentric distance and it is now a legendary object. Unfortunately, at perihelion (19 Dec. 2022), C/2017 K2 will stay beyond the orbit of Mars and this will make its naked eye visibility from Earth impossible.

We will monitor this comet over the next weeks.