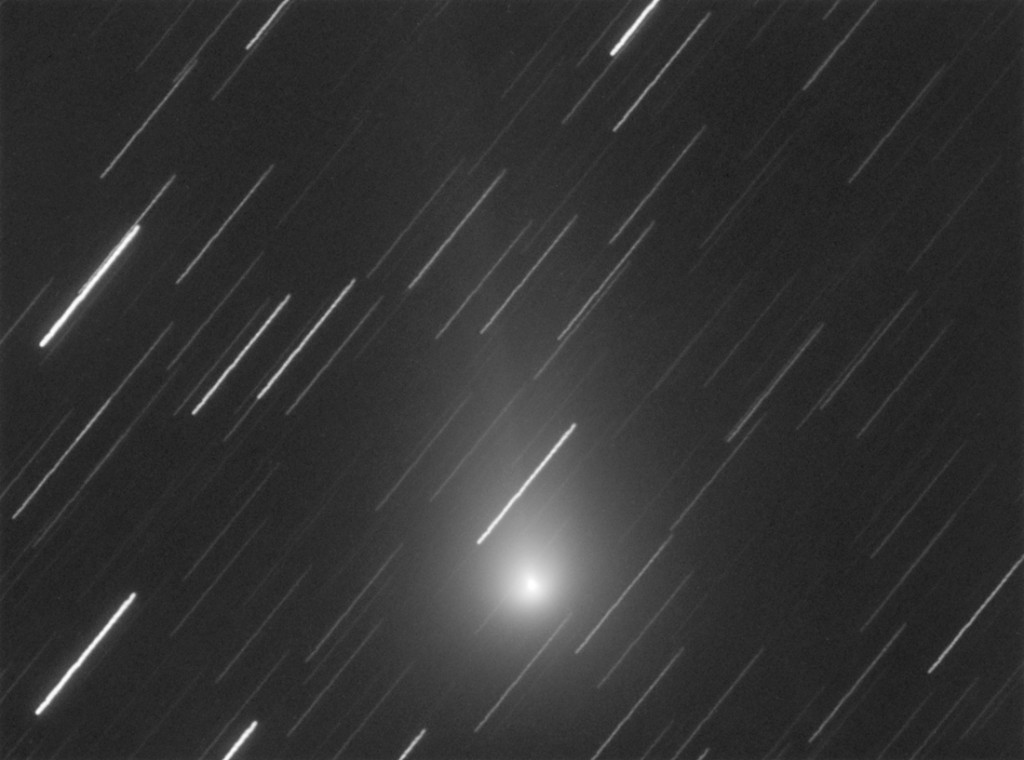 The 2013 Fall season is  very crowded by comets. In fact,  several reasonably bright ones are around: comet C/2012 S1 Ison is keeping observers worldwide very busy, while deciding to put on a great show or not; comet C/2012 X1 Linear wanted to be part of the game, showing an outburst of several magnitudes and comet 2P/Encke is also making the morning skies so beautiful.

But the brightest comet of the moment is C/2013 R1 Lovejoy:  discovered last Sept., it steadily increased its brightness and it is now visible by naked eye from dark sky sites.

Above is an image taken with the PlaneWave 17″ robotic unit and showing comet C/2013 R1 with its faint ion tail. It is the average of 9, 300-seconds exposures. The Paramount ME robotic mount tracked the apparent motion of the comet, so stars are showing as trails.