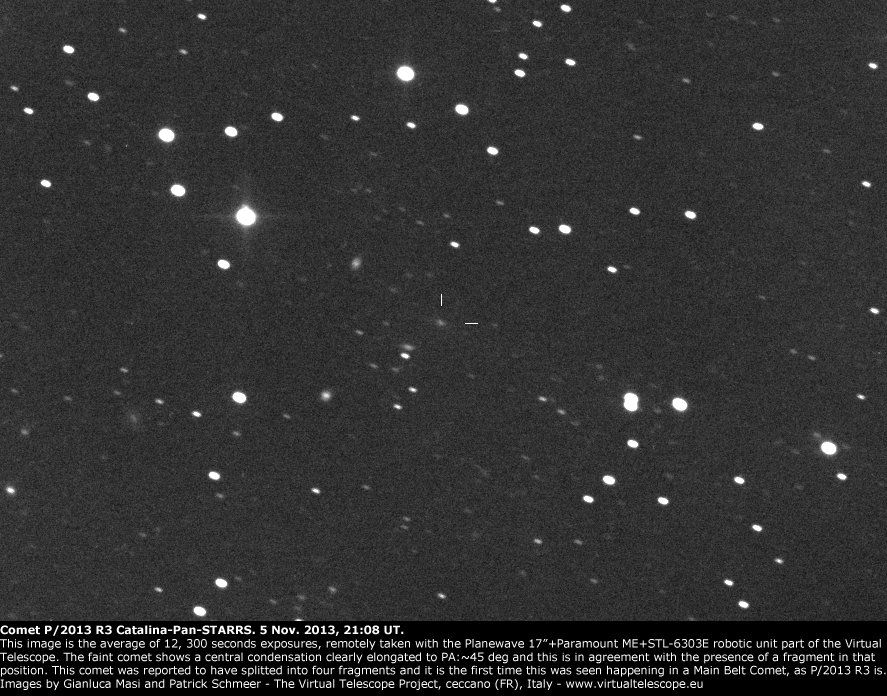 Last 11 and 12 Oct. 2013, comet P/2013 R3 Catalina – Pan-STARRS was reported to have splitted into four pieces. This comet is very interesting: it moves along an orbit with typical asteroidal characteristics, but it has a tail, behaving as a comet. This class of objects is known as Main Belt Comets: only an handful of them is known and P/2013 R3 is the only one of its class where splitting was observed.

On 5 Nov. 2013, the PlaneWave 17″ robotic unit captured 12, 300 seconds exposures under very clear skies. They were later averaged, taking into account the apparent motion of the comet.

Above is the resulting image, with the comet marked by two white lines. The central condensation of the comet is clearly elongated along the PA = ~45 deg, in agreement with the location of the brightest fragment reported.