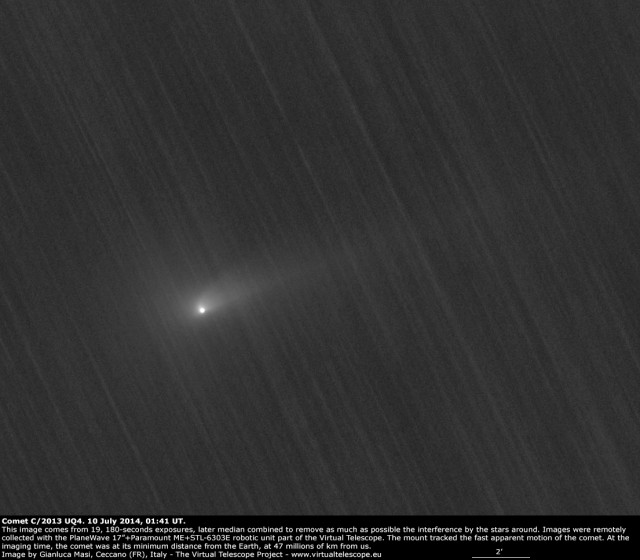 After the first, nice visit of this object the previous night, the Virtual Telescope looked again comet C/2013 UQ4 Catalina, soon after the Moon left the sky. The comet was just approaching its minimum distance from the Earth, at about 47 millions of km.

The image above comes from 19, 180-seconds exposures, captured with the 17″ robotic unit and later combined with a median technique to limit the interference of the stars. As it was moving very fast, stars were leaving long trails, making impossible to look at the true morphology of the comet, which is right now surfing a region of the sky (Cepheus) very rich of stars. The telescope’s mount carefully tracked C/2013 UQ4 during all the exposures, helping getting the best result possible.

Below is an image coming from the very same set of images, this time simply averaged: it makes clear how crowded of stars the region was and how difficult could be to concentrate on the comet in that case, without median combining the single exposures. 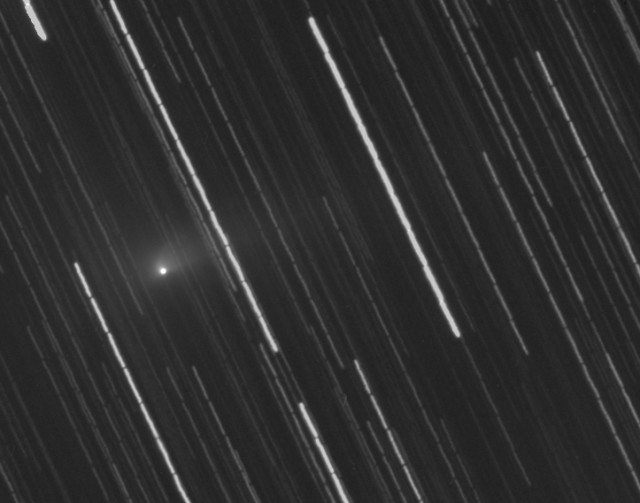