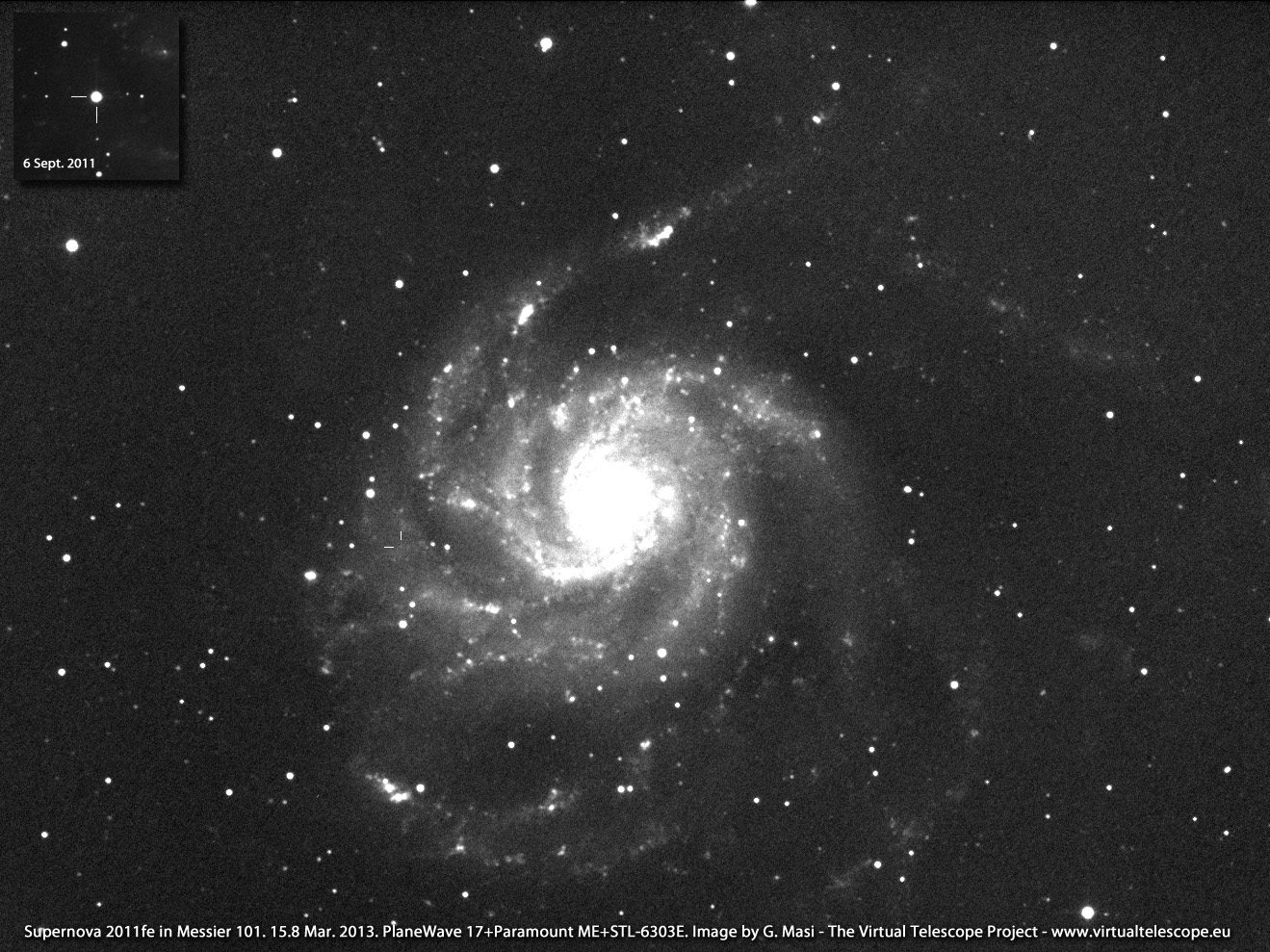 The image above is very interesting. M101 was imaged about 19 months after supernova SN 2011fe was discovered and the star is still visible, properly marked. We measured a brightness of 19.7 mag., unfiltered. On the upper left corner, the supernova is shown around its maximum brightness, about 10 mags brighter. So, in the last picture, the object is about 10.000 times fainter.

On Aug 24, 2011, a supernova suspect was reported in M101 the famous “Pinwheel” galaxy in Ursa Major. This potential supernova was caught when it was still rising, giving to the astronomers a unique chance to track it since the beginning of the explosion. 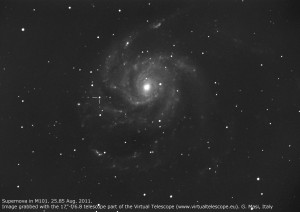 The Virtual Telescope joined this task since the very beginning, confirming the presence of a bright object, much brigher than at the discovery time. The object was still not officially announced.

Our image was captured with the Planewave 17″ unit, part of the Virtual Telescope Project. A total of 15 exposures, with 3 minutes of integration each, were averaged; images were unguided, completely trusting the Paramount ME mount, by Software Bisque. The CCD camera is a SBIG STL-6303E. The image scale is of 1.8 “/pixel and the galaxy was quite low above the horizon when the images were collected.

Later, the Central Bureau for Astronomical Telegrams announced the discovery of supernova SN 2011fe, which resulted to be a type  Ia supernova caught at the very beginning of the explosion.

The discovery circular included photometry and astrometry from our early observations.

We reserved a good coverage to this supernova, getting some interesting data and a nice lightcurve. Also, we created an animation showing how the object changed its brightness over the months following the discovery. 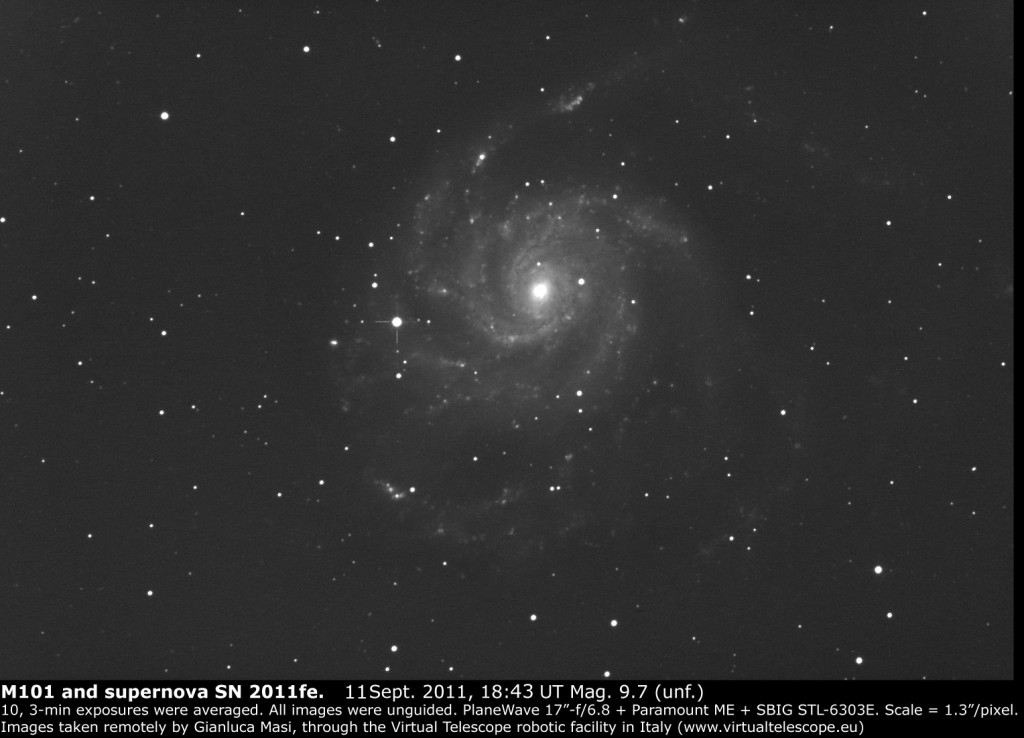 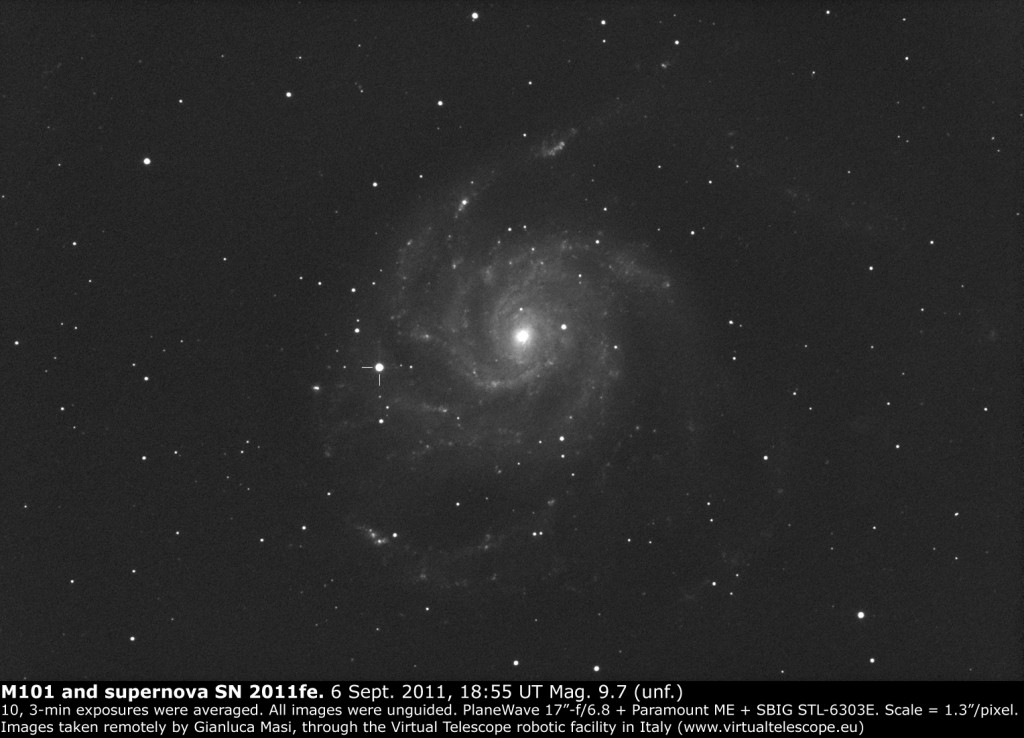 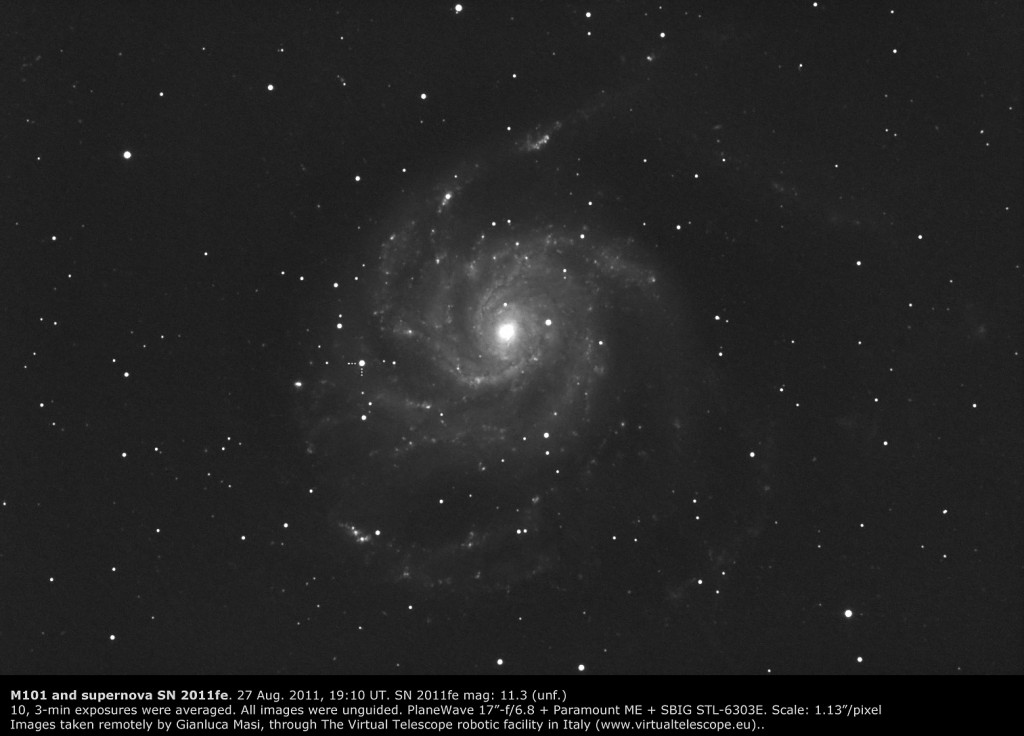