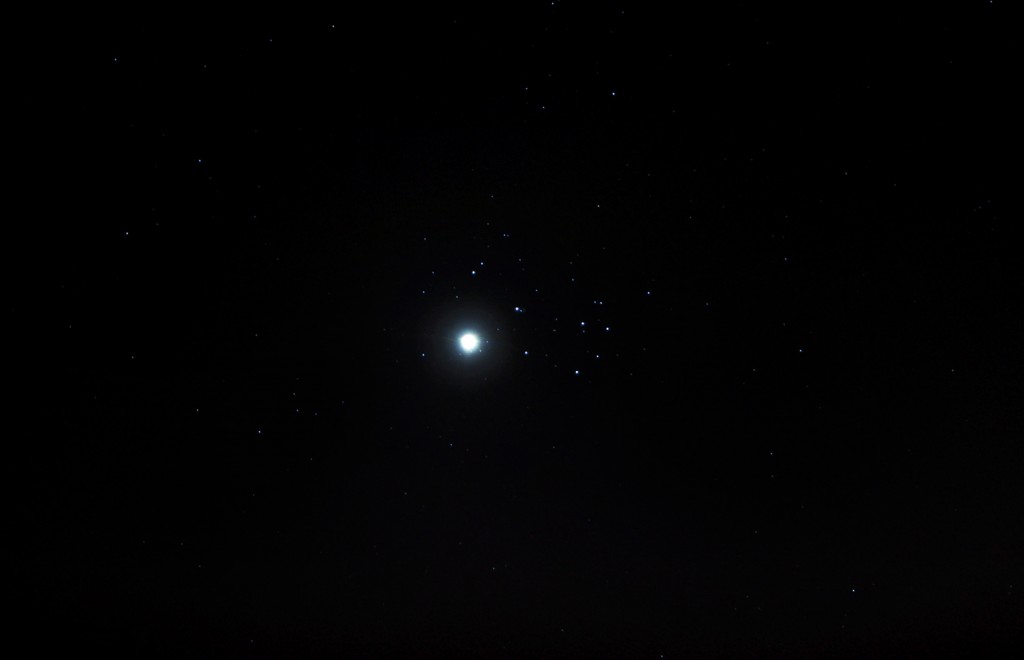 On April 3, 2012, Venus met Pleiades, a wonderful open cluster of young stars, also known as Messier 45. Over the last few weeks, Venus gave a wonderful show together with Jupiter (often the Moon joined them), finally living the giant planet behind and reaching one of the most famous clusters in the sky.  This cosmic  tête-à-tête happens every eight years.

This image is a simple shot done with a DSLR and a 150mm-f/2.8 lens. It shows the incredibly bright planet and the typical cluster shape, with its brigher componets. While apparently so close, it is worth to remember that Venus was less than 100 millions of km away from the Earth, while Pleaides are  about 450 light years back in space (Venus is just at 5 light minutes!).